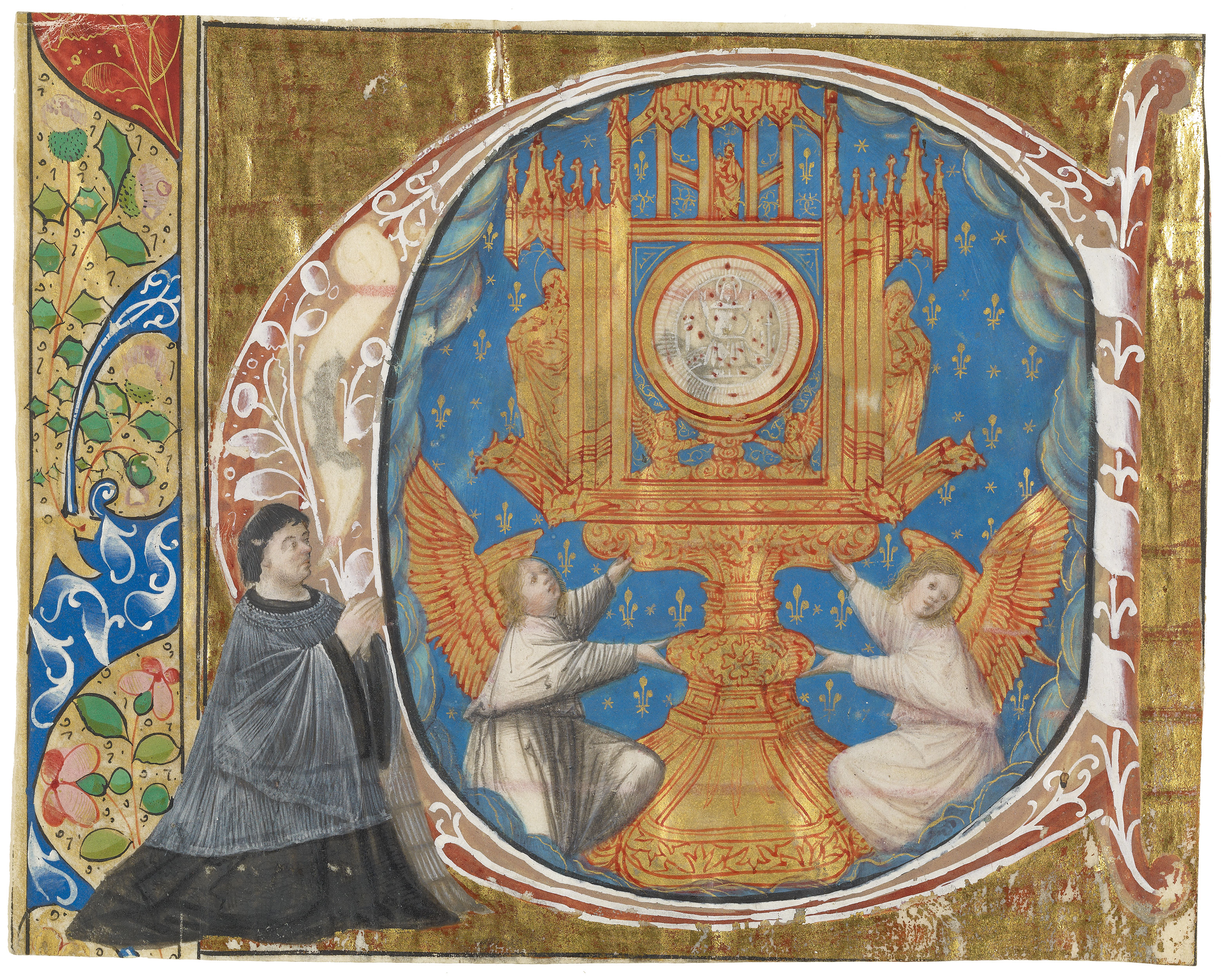 Christ: Miracle of Bleeding Host of Dijon -- Monstrance, decorated with architectural ornament including gargoyles, is supported by two angels kneeling at its base. In niches on either side of the monstrance are statues of Apostle Philip, nimbed, and Elizabeth of Hungary (?), nimbed and veiled, probably holding open book. Atop the monstrance is statue of Virgin Mary and Christ Child flanked by columns, and below architectural canopy. Within monstrance is wafer (host) inscribed with image of Christ, nimbed, hands raised, body partially draped, seated on arc. He is flanked flanked by Instruments of the Passion, including nails and possibly column and spear (Last Judgment). Drops of blood cover surface of wafer, some located at His wounds, one on each nail, others on Instruments of Passion. Frame enclosing the wafer is supported by two kneeling angels. Monstrance is surrounded by clouds, on fleur-de-lis background, within decorated initial C. At left is tonsured priest, probably donor, kneeling with joined hands raised, looking toward the monstrance.
Remnant of margin at left is decorated with floreate ornament.