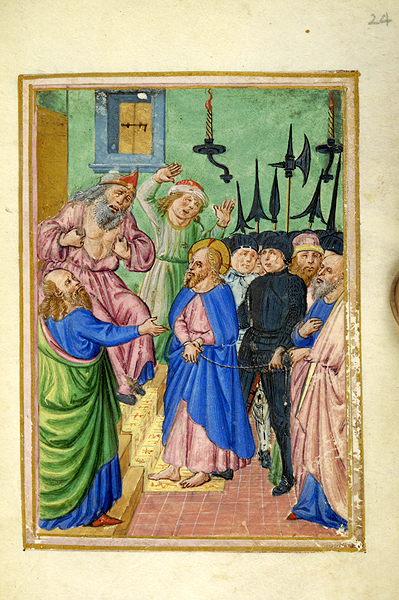 Christ: before Caiaphas -- Caiphas, wearing miter, seated, rends garments. He is flanked by two men, one wearing hat, raising both hands; the other indicating Christ, crossed nimbus, looking up toward Caiphas, hands bound, soldier holding the rope. Two men, one wearing hat, stand at right; soldiers are in background, some holding spears, one holding halberd. Two candles in brackets are on wall next to latched window. Text of Matthew 26:47-53, for Christ before Caiaphas, is on fol. 22v.