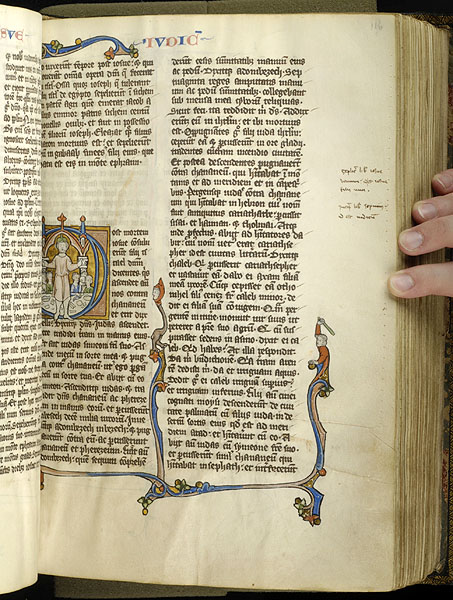 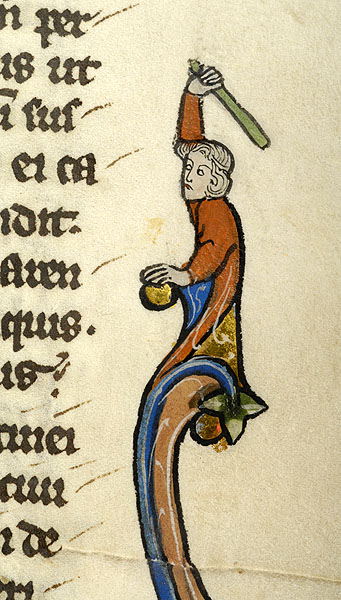 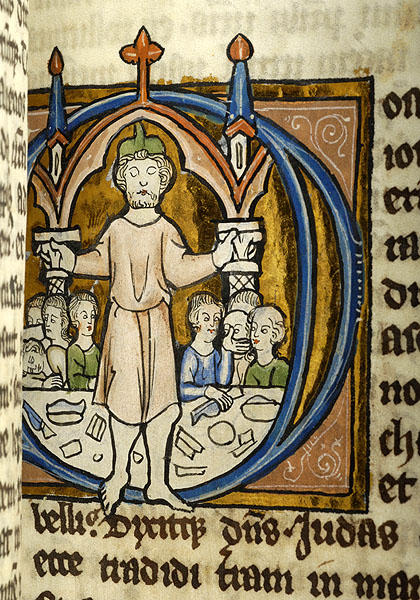 Beginning of Judges
Samson: rending Columns of Temple -- Samson, wearing hat, eyes closed, holds columns with either hand. Behind him are Philistines at table that is scattered with debris from building. One of the Philistines rests his head on his arm. Another holds one piece of debris in right hand and raises left hand. Scene beneath gothic arches, within decorated initial P.
In space between columns is hybrid man, wearing hood. In right margin is half figure of man holding club in right hand.