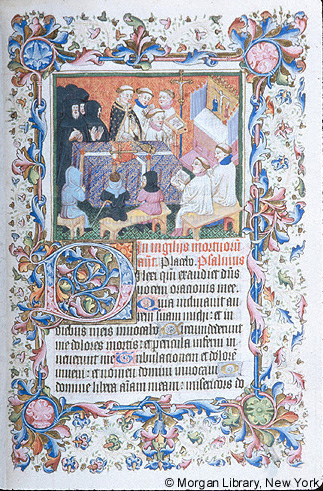 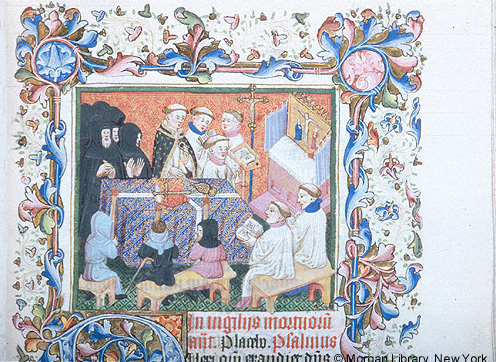 Scene, Liturgical: Obsequies -- Cross rests on cushion on top of draped catafalque behind which are six (?) hooded monks, one with hands clasped, another orant, and four monks, tonsured, one possibly priest, wearing cope and swinging censer over catafalque, one holding open book for another facing him, and the fourth standing (?) at lectern on which is open book. Before catafalque are three men and two clergy. The men are seated on two benches, each holding lit candle; two are hooded and the third has crutch. Two monks, tonsured, are seated on bench holding open books. At right is processional cross as crucifix next to altar with side curtains and altarpiece depicting crucifixion of one cross flanked by Virgin Mary and Evangelist John. Scene has background of gold filigree on red, and foreground of green diaper.
Margins decorated with border of foliate and floreate ornament.