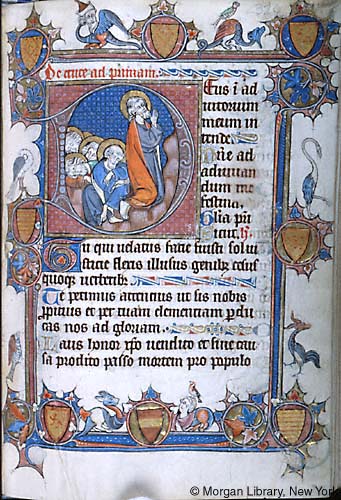 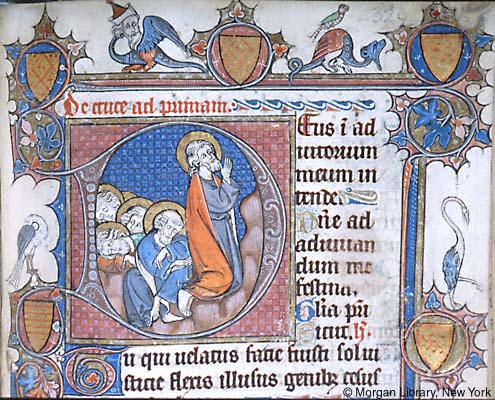 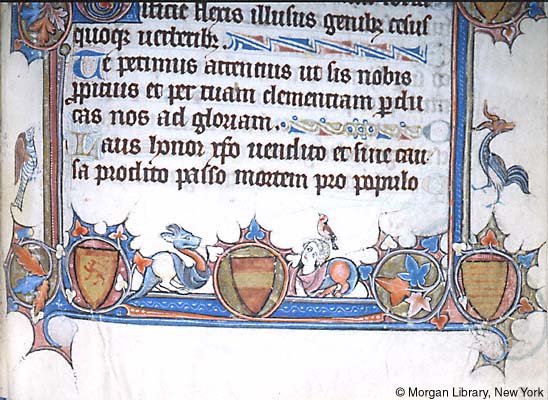 1) Christ: in Gethsemane -- In initial D decorated with geometric ornament and diapered backgrounds, Christ, cross-nimbed, kneels with His joined hands raised in prayer, on the mount. Behind Him are five nimbed apostles, including tonsured Peter, all seated asleep.
2) Margins - Rectilinear bars decorated with interlace and foliage, enclosing seven French heraldic shields, including Count of Soissons (three) and Count of Grandpr³b (two), and inhabited by four birds including one pecking itself, two hybrid men including one wearing a hat, a dragon, two hybrid animals, and a hybrid bird.