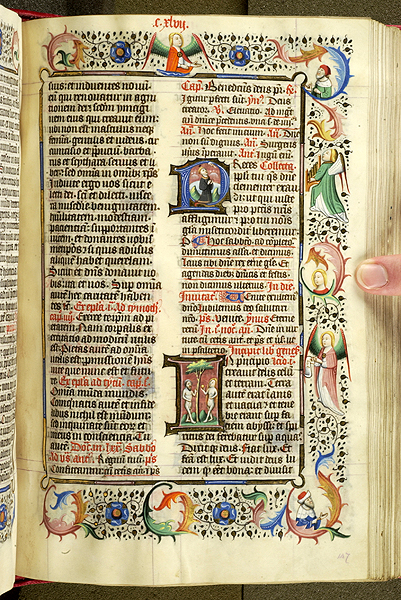 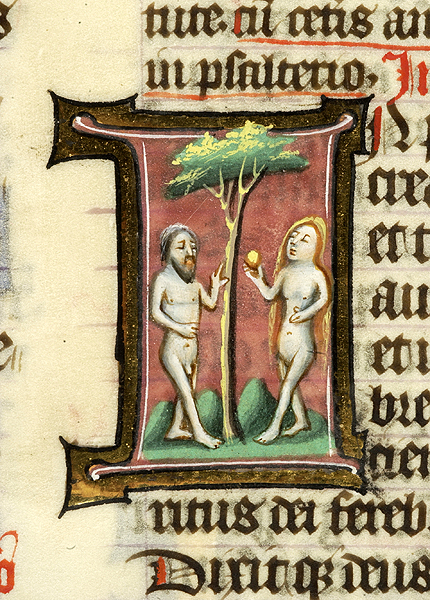 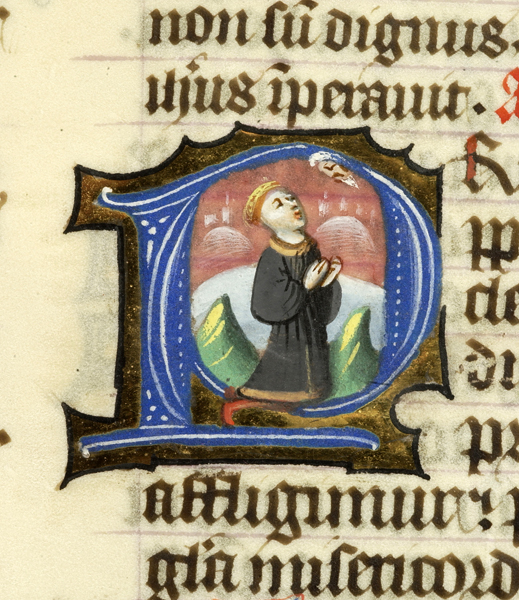 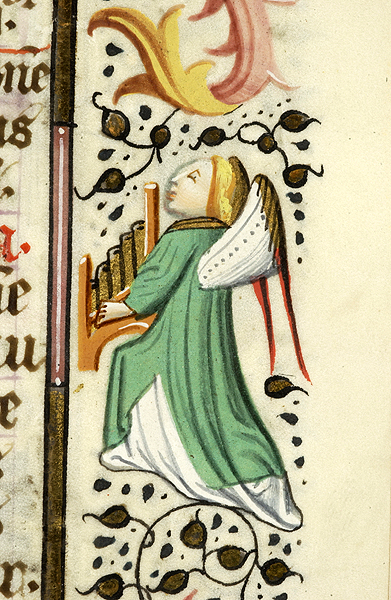 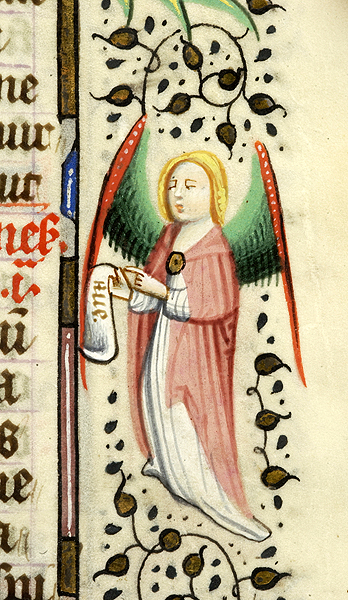 Initial P enclosing man, kneeling, with joined hands raised, at beginning of Collect in the Saturday before Septuagesima. Adam and Eve: Fall of Man -- Initial I decorated with tree flanked by Adam, nude, with left hand raised, and Eve, nude, with right hand holding apple. Decorated initial at beginning of Lesson I in Genesis. Margins decorated on three sides with scrolling floreate and foliate decoration, inhabited by half figure of angel, emerging from cloud, gesturing (upper); bust of woman amid foliage, flanked above and below by angels, one playing portative organ, and the other holding scroll inscribed AUE (right); half figures of men, gesturing, amid foliage (upper and lower right).