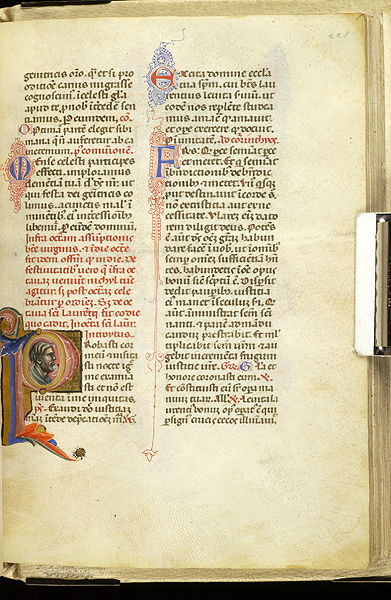 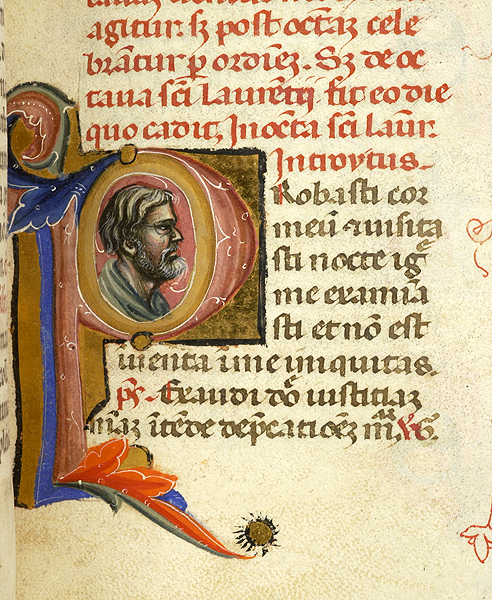 Initial P enclosing head of man.
Initial decorated with foliate ornament. Pen-flourished initials.
Beginning of Introit for Mass on the feast of the octave of Lawrence of Rome.