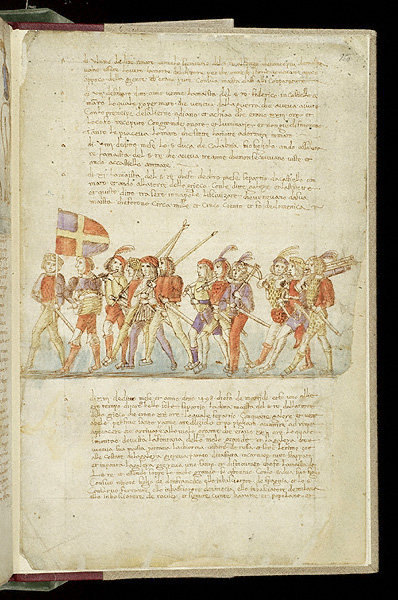 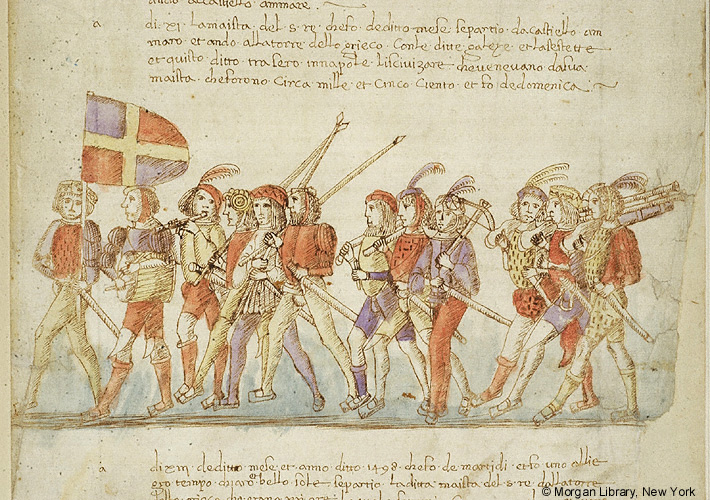 Cronaca della Napoli Aragonese: Scene, Arrival of Swiss Soldiers -- Group of men, most wearing hats, some with armor, and most with swords at waists, are led by man carrying banner with heraldry of Switzerland (gules, a cross or), and by drummer. Among the group are man possibly playing fife, three carrying spears, one carrying crossbow, three carrying guns (?) on right shoulders.