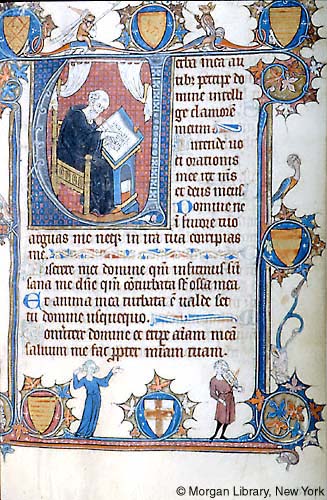 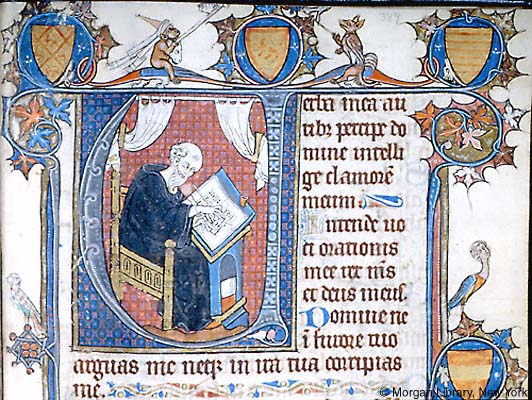 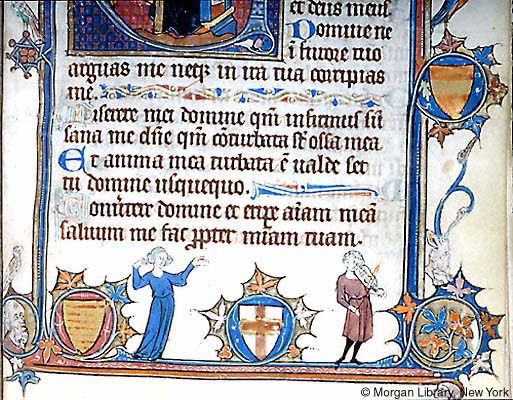 1) In initial U decorated with geometric ornament and diapered backgrounds, Jerome, tonsured, in a monk's habit, sits in a chair and with a pen in his right hand writes on an open, ruled book, inscribed UERBA ME(A) (AU)R(IBUS) PE(R)CI(PE), from Psalm 5:1 (Vulg., 5:2). He holds a knife in his left hand on the book on a lectern with two scrolls (rotuli) in its niche below. Curtains are draped to the sides.
2) Margins - Rectilinear bars decorated with interlace and foliage, enclosing six French heraldic shields, including Count of Soissons (one), Count of Grandpr³b (two), and Hangest (one), and inhabited by a monkey wearing a dunce hat with ribbons, armed with a lance and an animal-faced shield, astride a hybrid animal, jousting with a hybrid animal holding a lance, astride a hybrid animal, a hybrid man, two hybrid birds, a female dancer raising her hands and a male musician playing a fiddle, and a bird.