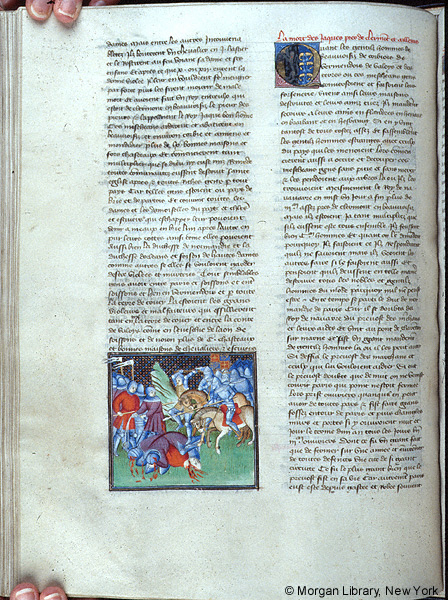 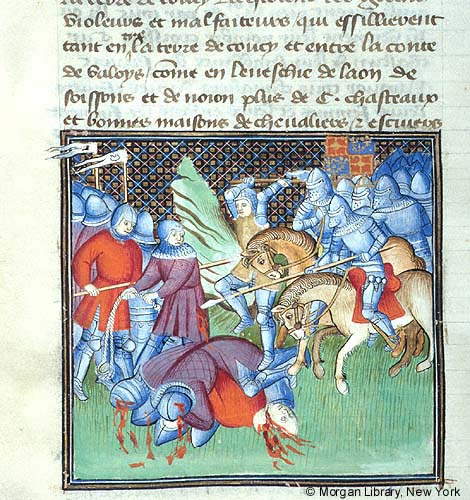 Miniature:
Jean Froissart: Chroniques, Book I, Chapter 183 -- Peasants of Jacquerie, in armor, including one holding spear and one throwing stone in sling, some lying dead on ground, are attacked with spears by Charles the Bad, crowned, and his soldiers, all mounted and in full armor. One soldier carries standard with arms of Charles the Bad.
Text describes battle between Jaquerie and Charles the Bad (Charles of Navarre) in June, 1358.
Initial Q:
Initial, decorated, contains arms of Pierre de Fontenay impaled with arms of Marie de Broyes.