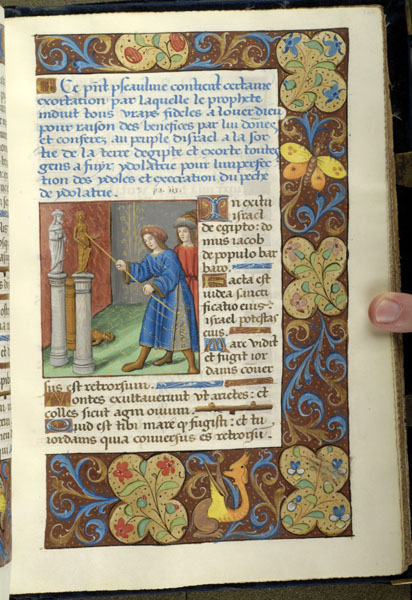 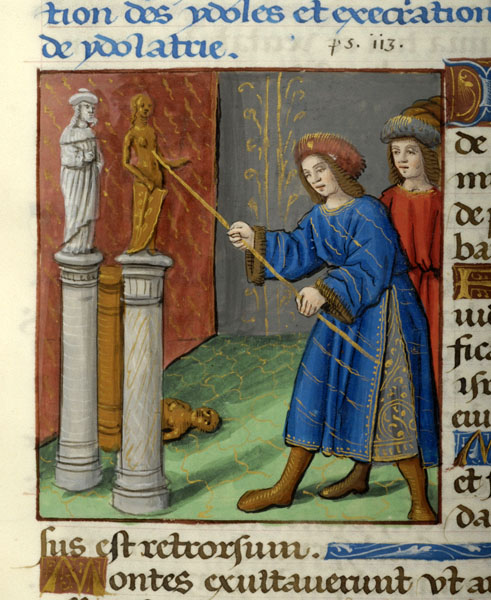 Psalm 114 (Vulg., 113) -- Man, wearing hat, holds stick in both hands and touches statue of nude woman with shield. The statue is upon column, next to second column upon which is statue of man, wearing hat. Third statue is on ground beside third column. At right is group of men, most with only tops of heads visible. Scene in room decorated with curtain.
Margin is decorated with foliate border, including violas and roses, inhabited by moth and by fantastic animal, winged.