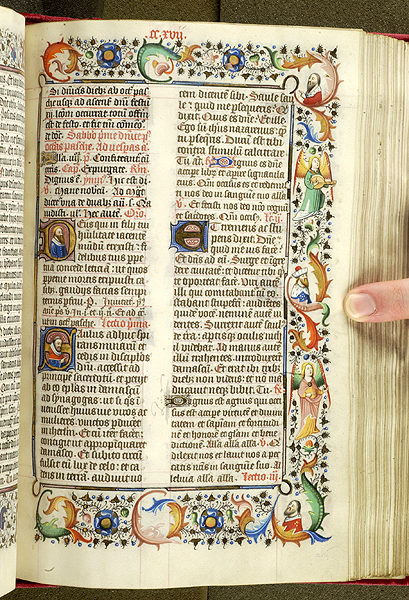 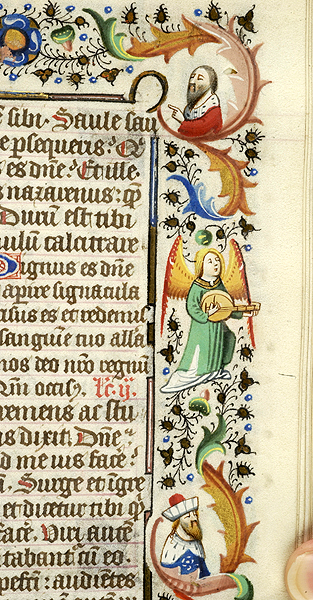 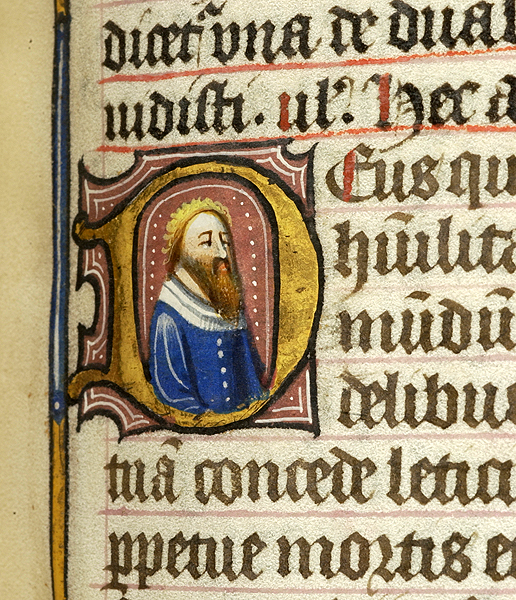 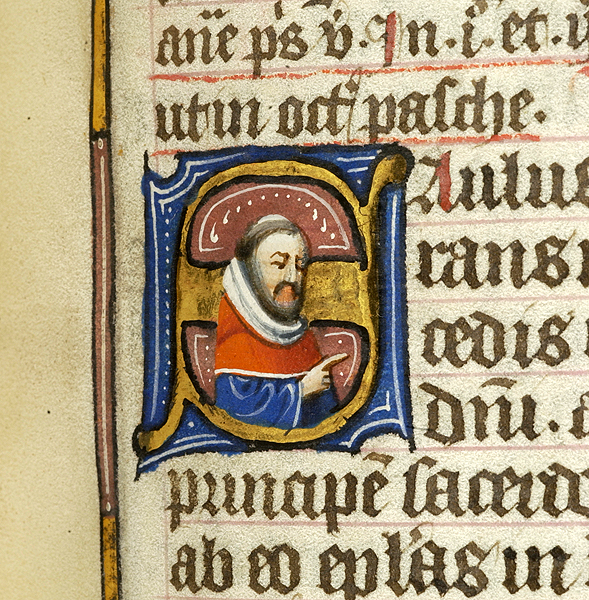 Initial D enclosing half figure of man. Decorated initial for Collect in Matins on 1.25, Feast of Conversion of Apostle Paul. Initial S enclosing half figure of tonsured man, with left forefinger raised. Decorated initial for First Lesson in First Nocturn for Matins on 1.25, Feast of Conversion of Apostle Paul. Margins decorated on three sides with scrolling floreate and foliate decoration, including strawberries, inhabited by half figure of man, wearing hat, amid foliage, flanked above and below by angels, one playing lute and one gesturing (right); half figures of two men, one with left forefinger raised (upper and lower right).