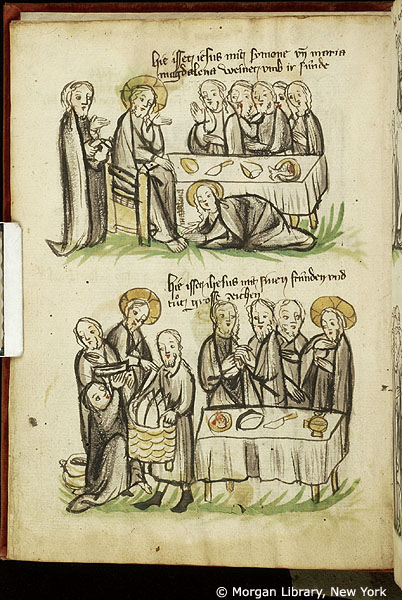 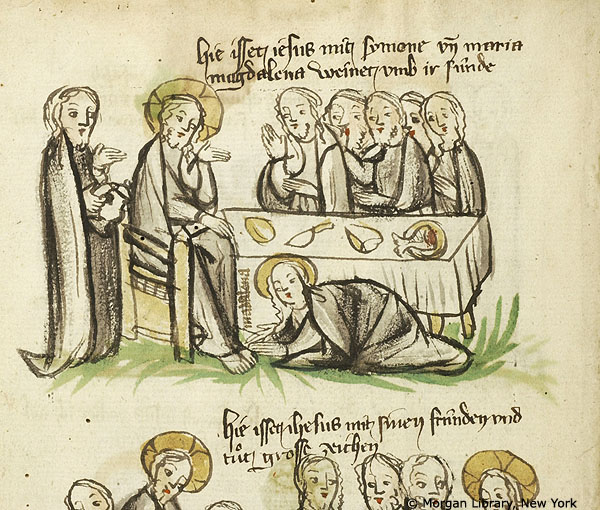 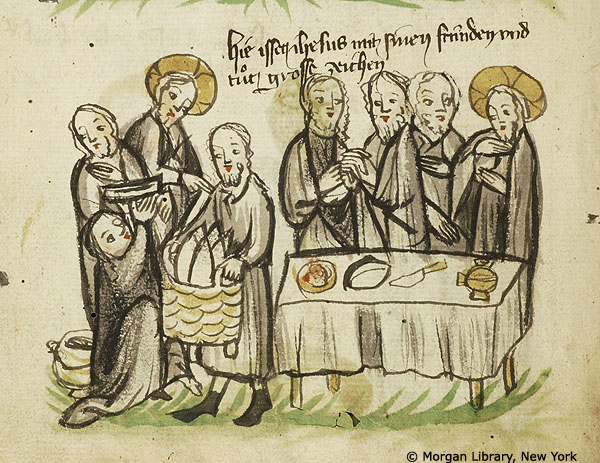 Upper half:
Christ: anointed by Woman -- Christ, crossed nimbus, raising left hand, seated on chair at end of draped table, looks down toward Mary Magdalen, name inscribed MADALENA, nimbed, crouching, extending her hands to His feet. Behind the table, on which are two loaves, knife and bloody half of fish on plate, are four (?) men, one raising right hand and one woman, looking on.
Lower half:
Christ: Miracle of Loaves -- Christ, crossed nimbus, raises right hand in blessing over basket containing fish held by man. Of two other men next to Christ, one, raising left hand, looks toward kettle on ground, and the other kneels, lifting plate or pan with both hands. At right is draped table, on which are plate with meat (?), painted red, loaf, knife and covered vessel. Behind table are three men and Christ, crossed nimbus. Two of the men, one with joined hands, look toward each other; the third looks at Christ, raising right hand toward face.
Exterior settings with grass.