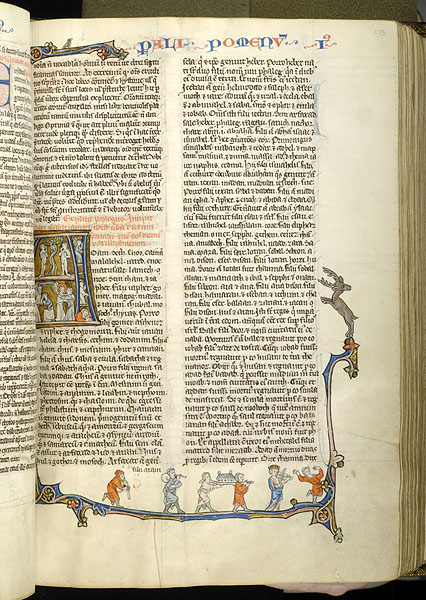 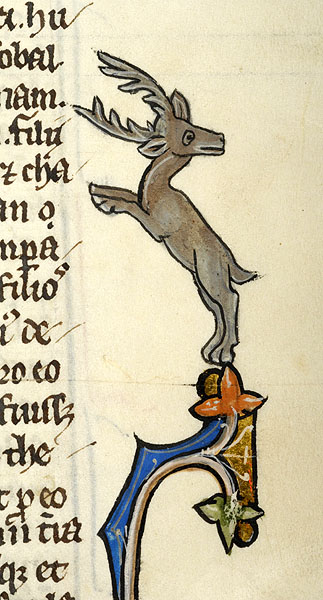 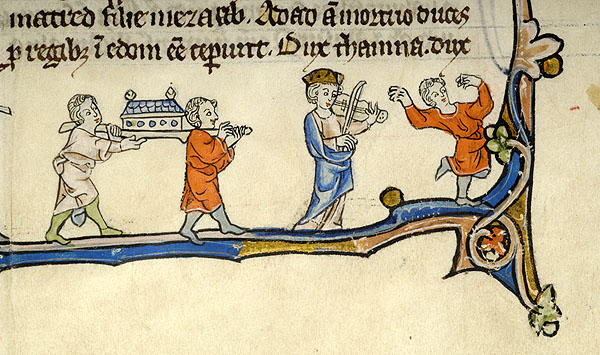 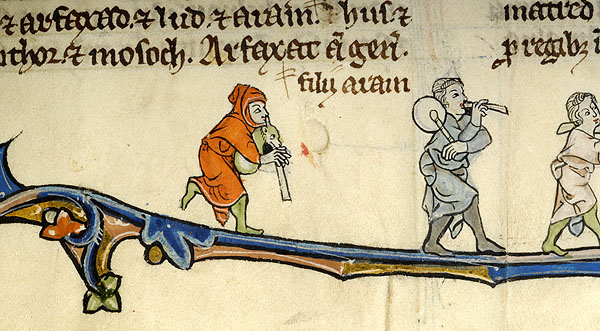 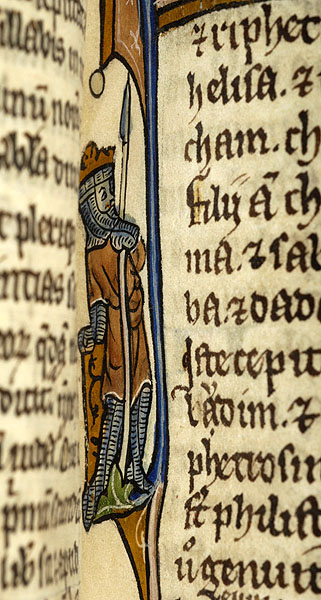 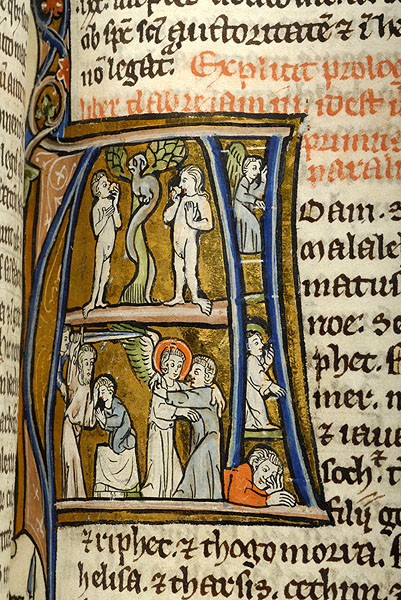 Beginning of I Chronicles.
Adam and Eve: Fall of Man -- In upper part of decorated initial A is serpent entwined around tree, flanked by Adam, nude, holding fruit in his left hand, which he holds to his mouth, and with right hand raised. Eve, nude, with fruit in right hand, which she holds to her mouth, stands with left hand raised.
Abraham: sacrificing Isaac and Jacob: wrestling with Angel -- In lower part of decorated initial A is angel behind Abraham, holding sword in right hand and with left hand touching head of Isaac, kneeling with joined hands raised, on draped altar. At right is Angel, nimbed, wresting with Jacob.
Jacob: Dream -- In right leg of initial A, Jacob (head and shoulders only visible) reclines on ground. Above him, on rungs of ladder, is figure, nimbed, with left hand raised, and angel, with left hand raised.
David: dancing before Ark -- In lower margin is musician, wearing hood, playing bagpipe, musician playing pipe and tabor, two men, carrying ark of covanent on their shoulders, and musician, wearing hat, playing rebec. All are led by David, with hands raised, dancing.
In left margin, soldier, wearing crown and armor, holds shield in right hand and spear in left hand.
In right margin is deer standing on hind legs.