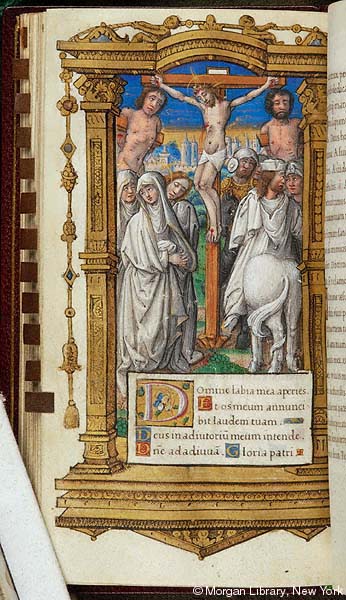 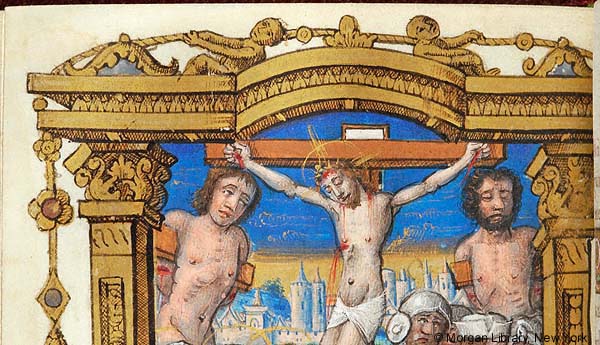 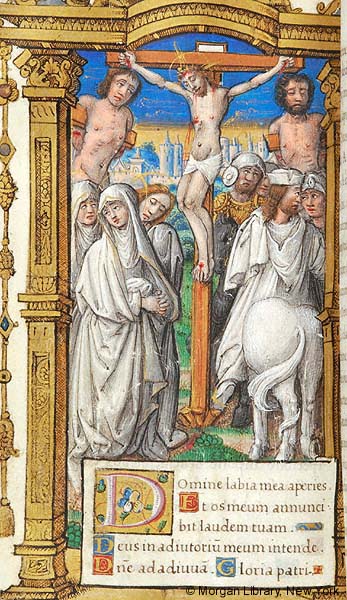 Christ:Crucifixion -- Christ, crossed nimbus, with crown of thorns, head inclined, bleeding from wounds, wearing short loincloth, is affixed with three nails to tau cross, supported by three wedges in ground at foot of cross. He is flanked by two thieves, bleeding from wounds in arms, one nude (?), both with arms over cross arms of tau crosses, one on left looking toward Christ and the other with eyes shut. At left are Holy Woman, nimbed and veiled with wimple and Evangelist John, nimbed, both standing behind Virgin Mary, nimbed and veiled with wimple, with joined hands, looking away from cross. At right are three (?) soldiers, one on horseback, and backturned horseman, wearing hat looking toward soldier at right. Many figures wear garments in grisaille.
Scene in landscape with city in background.
Miniature enclosed in architectural frame decorated with foliate ornament, two putti grasping cord on top of frame and cord in left margin hanging in left margin.
Initial D enclosing viola.