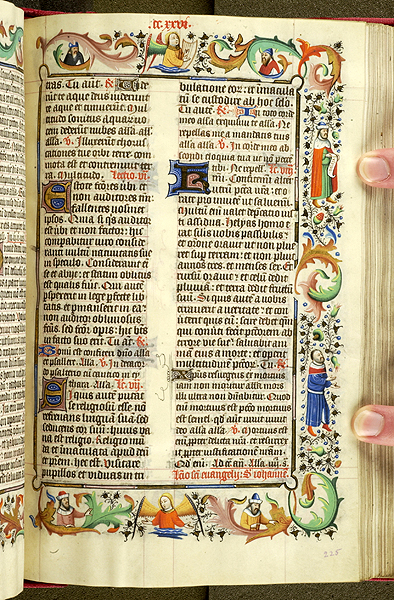 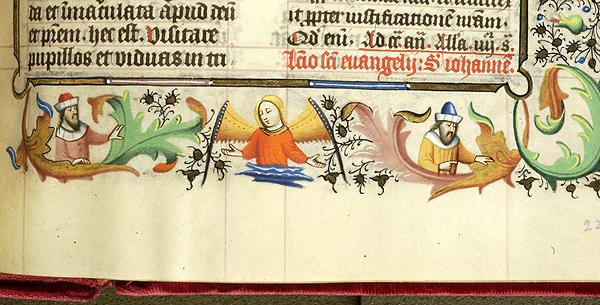 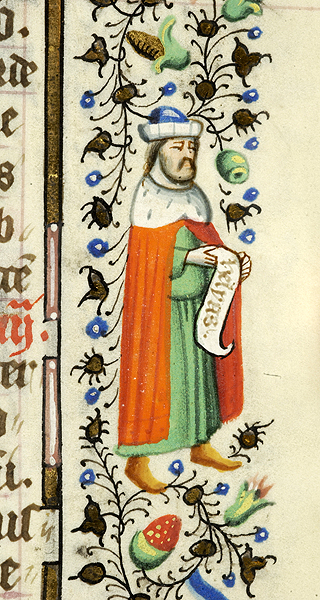 Margins decorated on three sides with scrolling floreate and foliate decoration, inhabited by half figure of angel, emerging from cloud, playing harp, flanked by busts of two man, wearing hats, amid foliage (upper); among two men, one holding scroll inscribed HELYAS, the other gesturing (right); and half figure of angel, emerging from cloud, gesturing, flanked by half figures of men, wearing hats and both gesturing amid foliage (lower). Decorated margins for Lessons 6, 7 and 8 in 3rd Sunday after Octave of Easter.