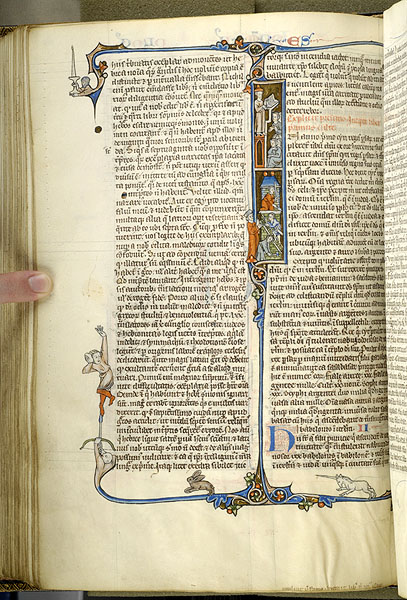 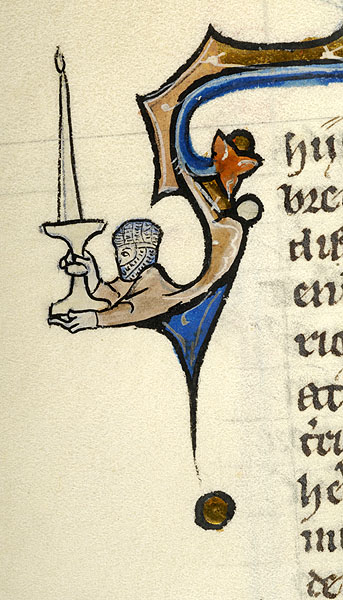 Beginning of Ezra.
Cyrus the Great: Proclamation -- In upper part of decorated initial I, man, wearing pointed cap, stands upon building at lectern, upon which is open book. At right is group of men, seated, one resting head on right hand and another with right hand and left forefinger extended.
In lower part of decorated initial I is man, wearing hat, with right forefinger raised and left hand raised, beside buillding and three men, one holding mallet in both hands, another on ladder, and third with trowel in right hand and sword in left hand.
At top of left margin is half-figure of soldier, holding candlestick in both hands. At bottom of left margin is half-figure of man holding bow and arrow, on top of which, man stands on right foot, with left hand raised and holding stone (?) in right hand.
In lower margin is rabbit and unicorn.