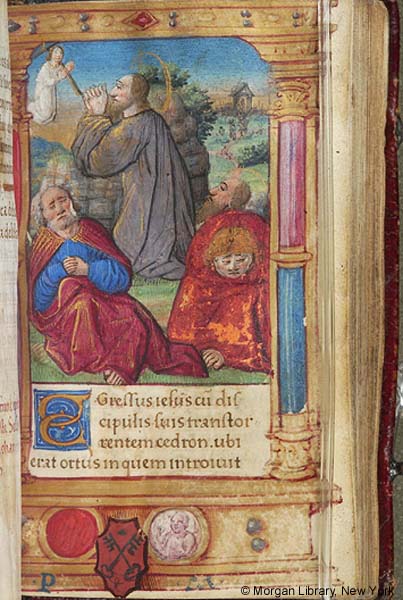 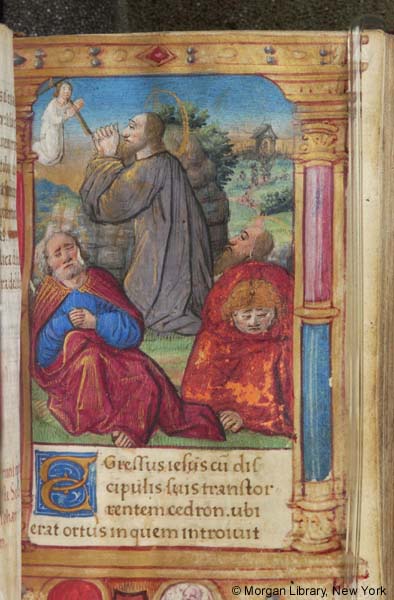 Christ: in Gethsemane -- Angel, with joined hands raised, is in sky above Christ, nimbed, kneeling with clasped hands raised. In foreground are three sleeping apostles, nimbed. Scene in landscape setting, with figures on path in distance.
Scene within architectural frame, decorated with pearls, roundels, one of which has half-figure, and escutcheon, charged with two keys argent in saltire and between them a triangle of the second. Below are intials P and M.