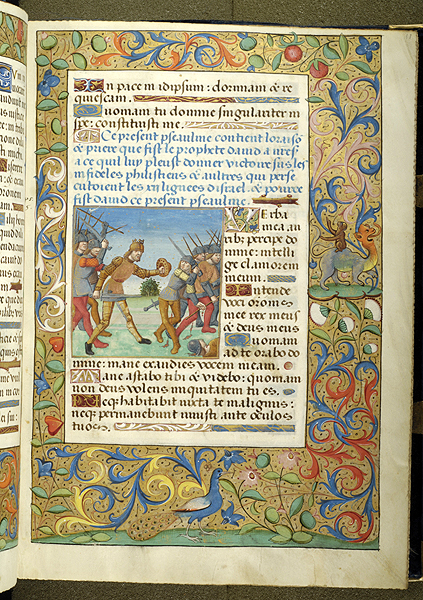 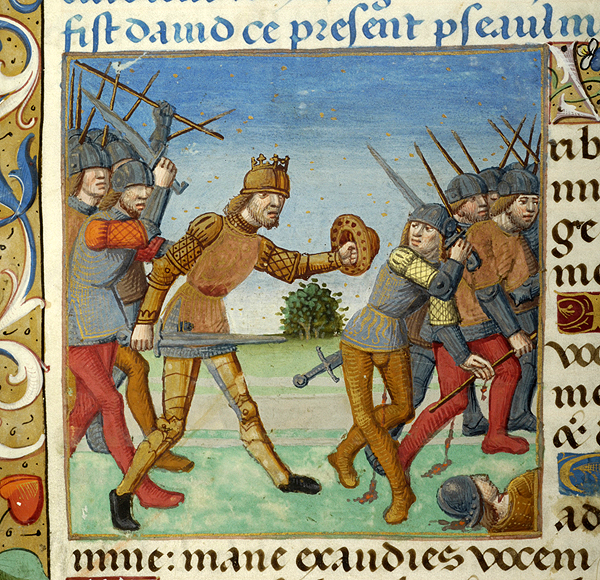 David: Battle against Philistines -- Group of soldiers (most with only tops of heads visible), wearing armor and holding spears, stand behind David, crowned, wearing armor, holding sword in right hand and shield in left hand. At right are group of Philistines, wearing armor and holding spears, bleeding from wounds, fleeing. One Philistine, wearing helmet, reclines on ground (head and shoulders only visible).
Scene in landscape setting.
Margin is decorated with foliate border, including daisies and strawberries, inhabited by bird and by fantastic animal with monkey on its back.