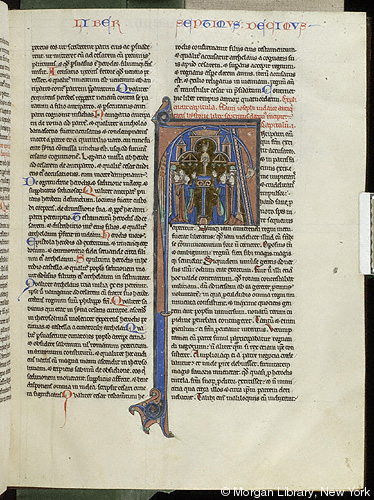 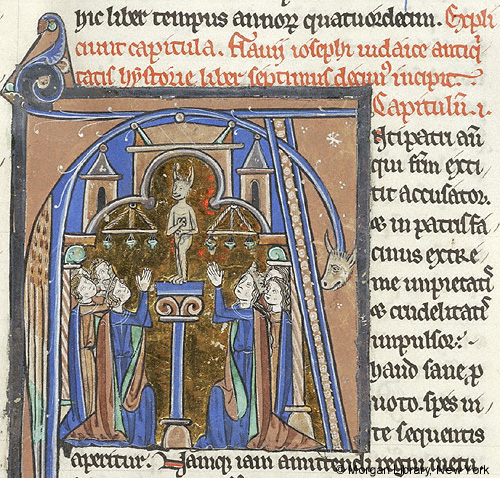 Antiquitates Judaicae: Scene, unidentified -- Within initial A, slender column with capital is surmounted by horned idol, flanked by two chandeliers. At left, kneeling and looking up toward the idol are two men, one with arms extended, and king, crowned, with joined hands raised. At right, queen, crowned, with joined hands raised, kneels, looking up toward the idol. Two women are behind her. All are flanked by two columns supporting opening of trefoil arch surmounted by roof and two turrets.
Initial partially formed by body of winged fantastic animal with horns.
Beginning of Book 17 Chapter 1 of Josephus, Antiquitates Judaicae.