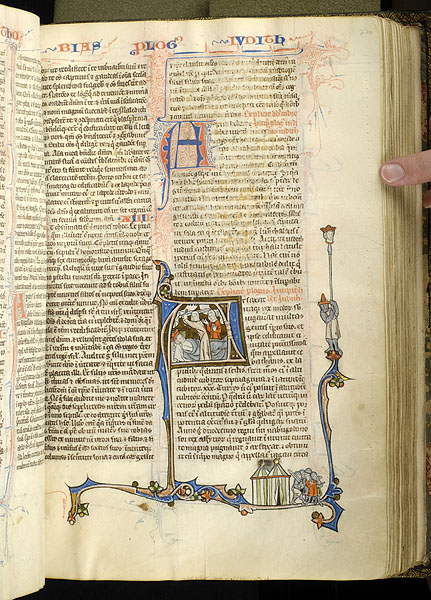 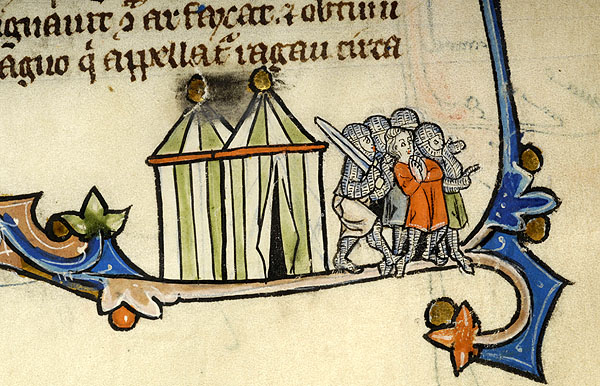 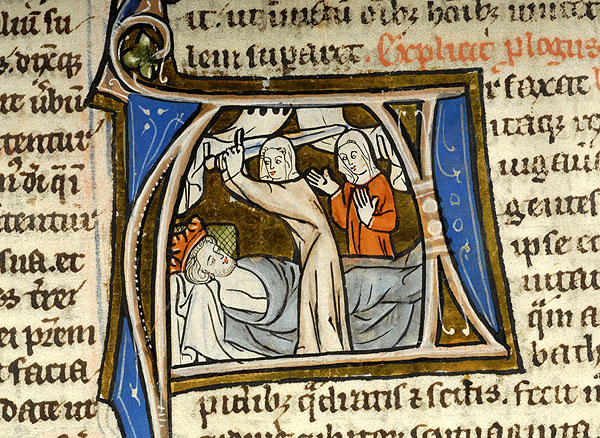 Beginning of Judith.
Judith: slaying Holofernes -- Holofernes, wearing crown, reclines on bed, beside which stands Judith, veiled, raising sword in both hands. On other side of bed is woman, veiled, with hands raised. Curtains in background. Scene within decorated initial A.
In right margin is soldier, wearing armor, holding in both hands spear, on which is head of Holofernes, bleeding from neck.
In lower margin is group of soldiers, wearing armor, one with sword in left hand, another with joined hands raised, and another with right forefinger extended.