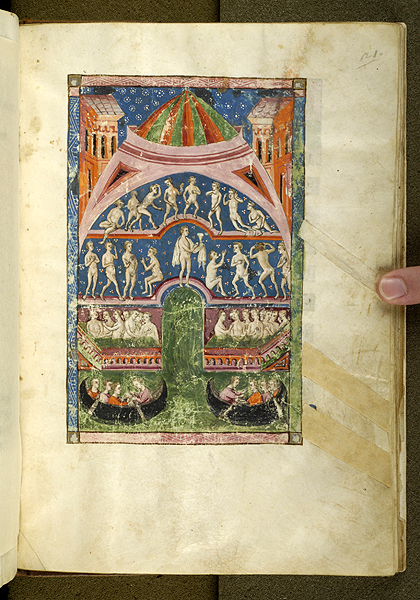 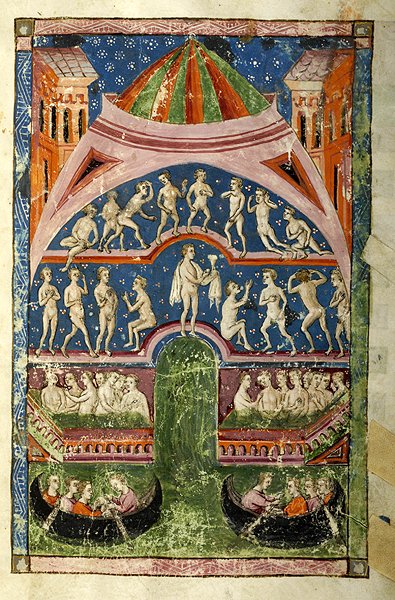 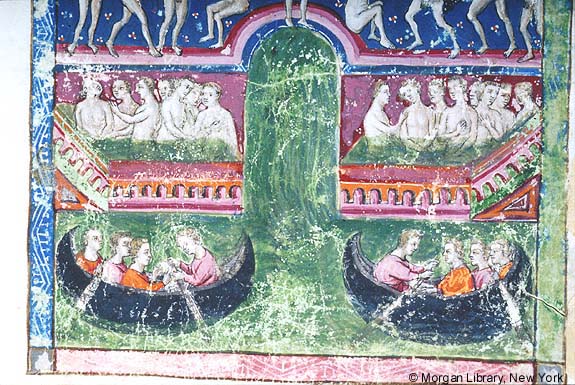 Bath, Pozzuoli, Trituli -- In upper two levels of three-level, domed bathhouse, flanked by two towers, a series of nude figures, on each level, point to specific parts of their bodies or are in various poses of bathing (they are likely decorative stucco-reliefs known to have existed there and referred to in text). One figure in middle of third level stands above recessed area from which fountain flows down through lower levels into pool below. He holds a garment; another garment is draped over his shoulder.
Below, on first level, two groups of nude figures bathe in arcaded pools, flanking descending fountain stream.
Below, two rowboats, each operated by two oarsmen, carry group of clothed figures.