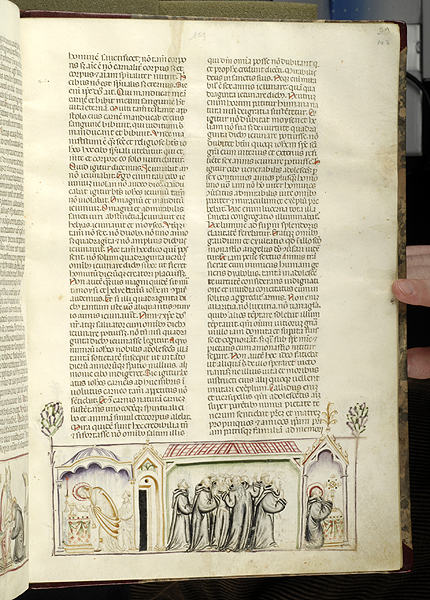 John Calybita: Scene, celebrating Mass -- At left, within domed chapel of monastery, John Calybita, nimbed, tonsured, wearing vestments, with both hands holding wafer, bowing over draped altar on which is lit candle and chalice, accompanied by tonsured monk, wearing monk’s habit.
In center, and within the monastery, among group of tonsured monks, wearing monk’s habits, some gesturing, one with hands raised, all looking toward far right, in side chapel in which nimbed monk, with joined hands raised, kneels before draped altar on which is cross on base.
Scenes in common landscape framed by two trees.
Illustration of Life of John Calybita.