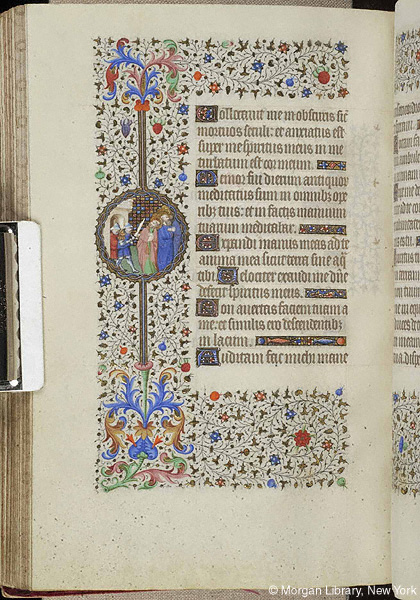 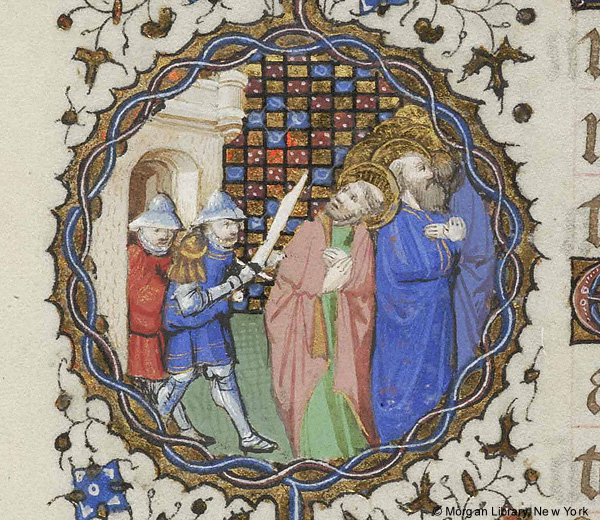 Virgin Mary: borne to Burial (Apostles menaced by Jews) -- Two helmeted soldiers, one with raised sword, come out of gate of city toward group of nimbed apostles, including two with hands crossed on their breasts, one turning to look at the soldiers. Diapered background. Scene in left medallion in margin.
Margins with ivy-rinceaux, foliate, and vinescroll ornament.