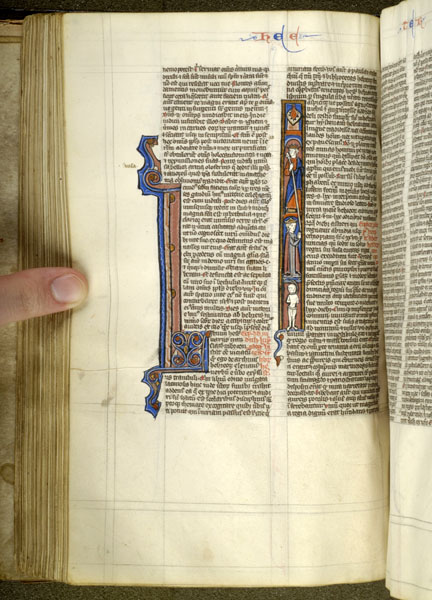 Beginning of Esther
Esther: before Ahasuerus and Haman: hanged -- In upper part of decorated initial I, Ahasuerus, crowned, holds scepter in right hand. Below, Esther, crowned, raises her hands and touches bottom of the scepter. Below, in lowest portion of the initial, is Haman, noose around neck, with hands bound behind, hanging from gallows.