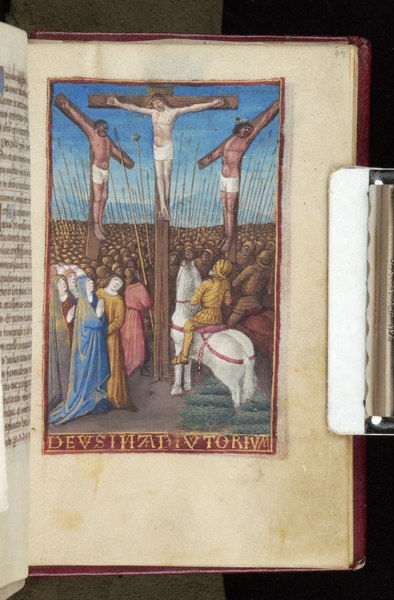 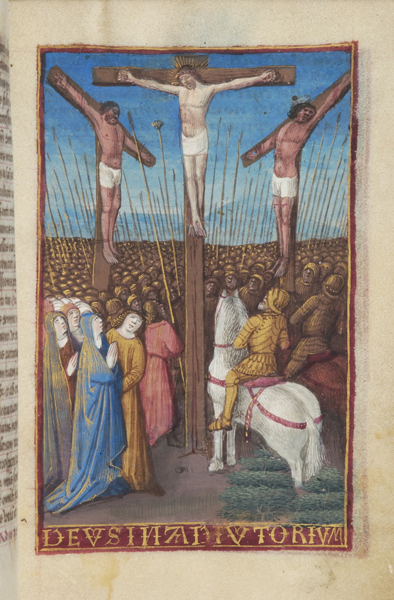 Christ: Crucifixion -- Christ, rays as cross nimbus, with crown of thorns, wearing short loincloth, bleeding from wounds, is affixed with three nails to tau cross. He is flanked by two thieves, wearing short loincloths, bleeding from wounds, tied with ropes to tau crosses. At left of the cross, Virgin Mary, nimbed and veiled, with joined hands, stands with three (3) Holy Women, veiled, all looking upward, and Evangelist John, back turned to the crucifix. Longinus, holding spear, and Stephaton, as soldier, holding sponge on reed, stand behind John. Two soldiers on horseback are at right. Background is full of soldiers many holding spears, most only tops of helmets visible. Text below miniature is beginning of Short Hours of the Cross, None