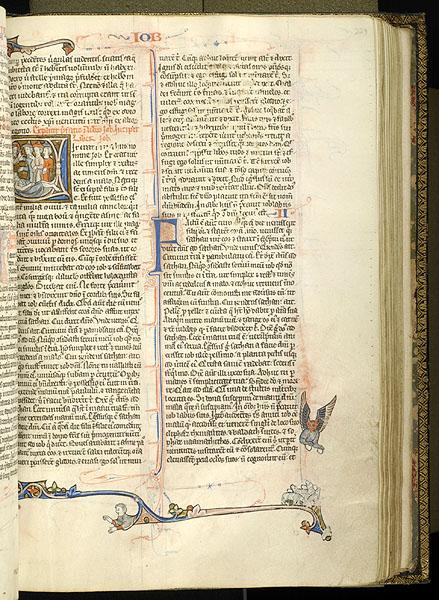 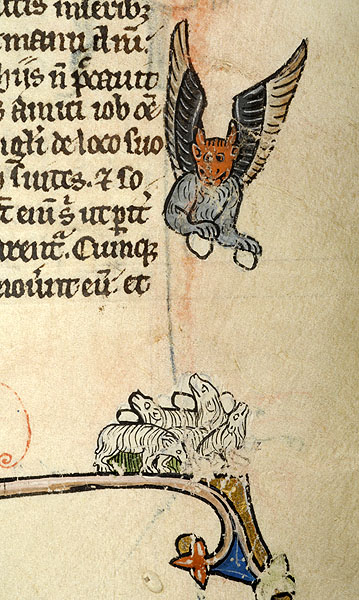 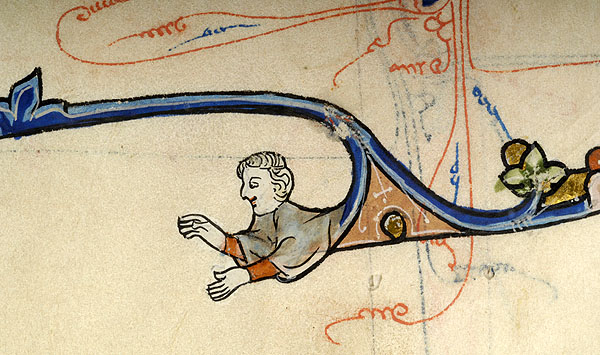 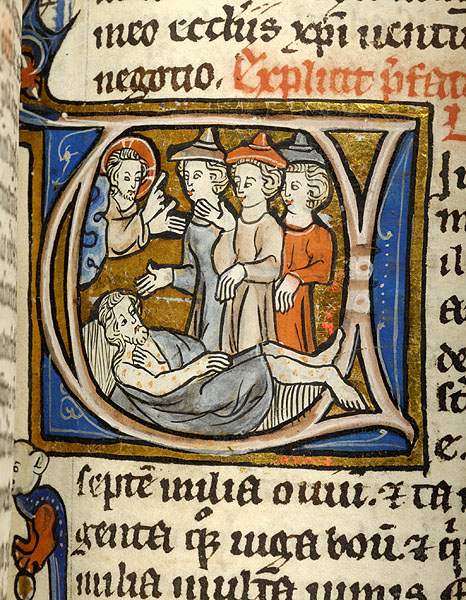 Beginning of Job.
Job: with Friends Three -- Job, reclines on dungheap. Above him, Christ-Logos (half-figure), wearing crossed nimbus, emerges from clouds, with right forefinger raised and left hand extended toward friends three, wearing pointed hats. Scene within decorated initial U.
In left margin, woman, wearing headdress, stands with hands raised.
In right margin is half-figure of winged devil holding stones (?) in both hands. Below him is flock of sheep with stones (?) on their backs.
In lower margin is half figure of man, with hands extended.