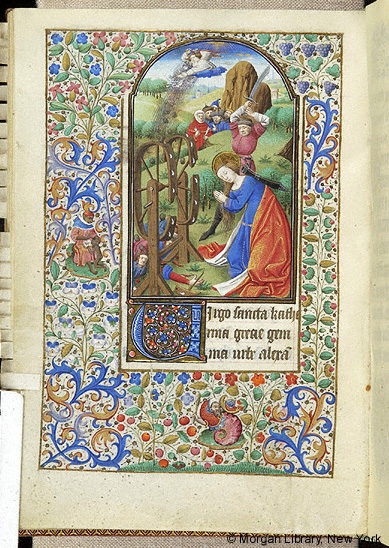 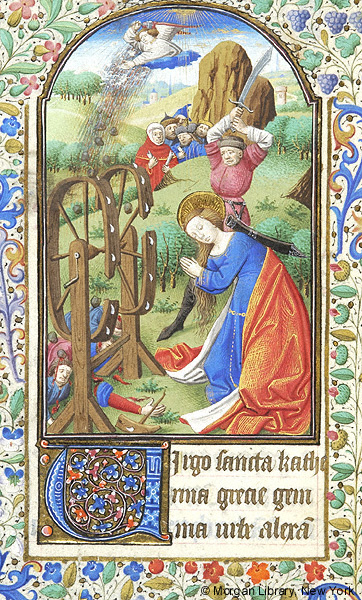 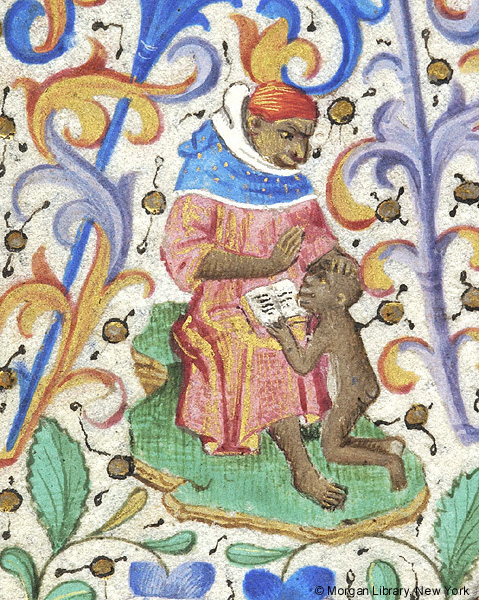 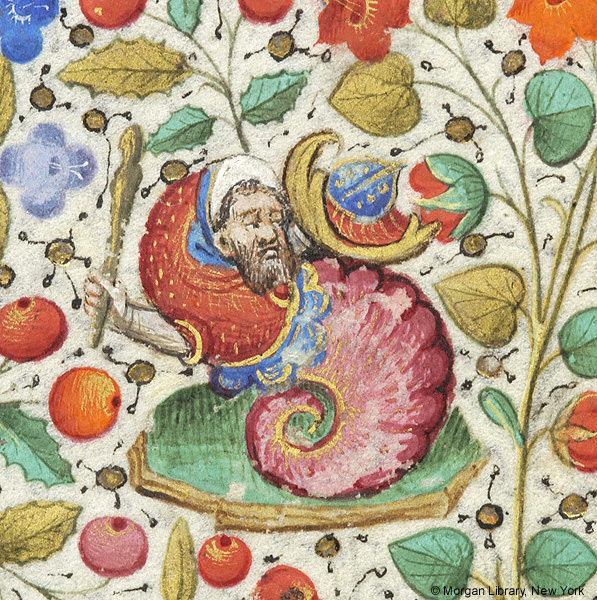 Catherine of Alexandria: Scene, Martyrdom -- Catherine, nimbed, kneels with joined hands raised as executioner holds sword in both raised hands behind her. Before her is broken spiked wheel, around which are strewn bleeding bodies of tormenters. Angel, holding mallet in raised right hand, as half figure on cloud, rains rocks down upon the wheel and the tormentors. Group of me, including doctor (?), wearing hood and holding scrolls, witness scene. Scene in landscape with distant hills, trees, and buildings.
Margins with floreate and scroll ornament, inhabited in left margin by monkey, dressed as cleric, with open book in its lap and gesturing to smaller monkey kneeling before it; and in lower margin by hybrid man, holding club and shield.