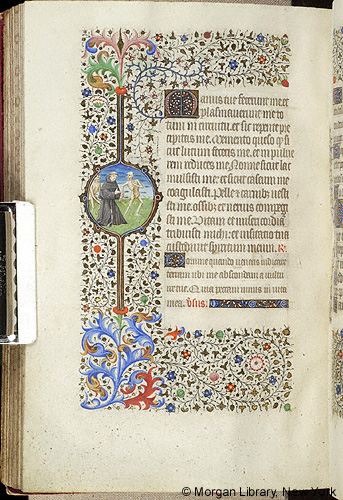 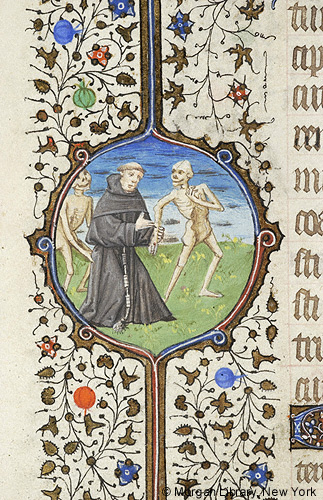 Legend, Dance of Death -- Monk, tonsured, wearing Franciscan habit with triple-knotted cordeli³•re at waist, holds in left hand arms of corpse (skeleton), standing beside him, gesturing. The monk is pushed from behind with both hands by another corpse. Scene in medallion in left margin.
Margins with ivy-rinceaux, foliate, and vinescroll ornament.