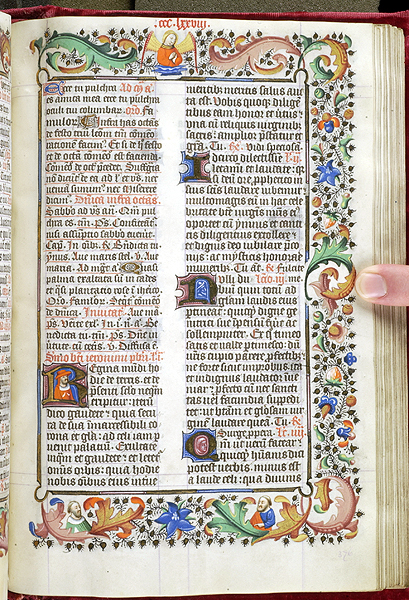 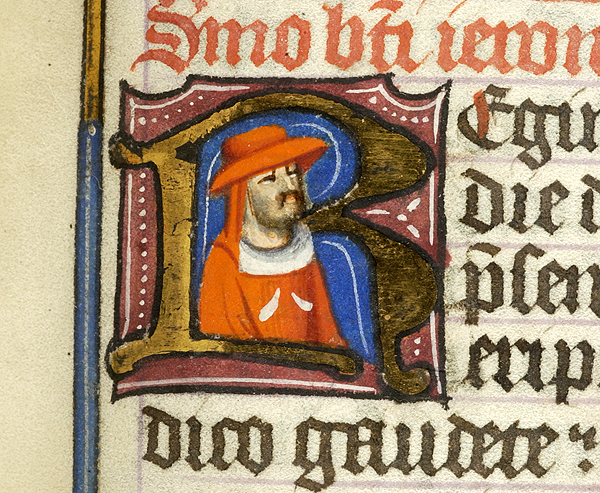 Initial R enclosing half figure of Jerome, wearing cardinal’s hat and vestments, at beginning of First Lesson for Feast of Assumption of the Virgin, within the Octave (08.16). Initial N enclosing head of man, wearing hat, at beginning of Third Lesson, and initial Q enclosing head of man at beginning of Fourth Lesson. Margins decorated on three sides with scrolling floreate and foliate decoration, including strawberry, inhabited by half figure of angel, with joined hands raised, emerging from cloud (upper); and half figures of two men, possibly tonsured, one with left hand raised, both amid foliage (lower).