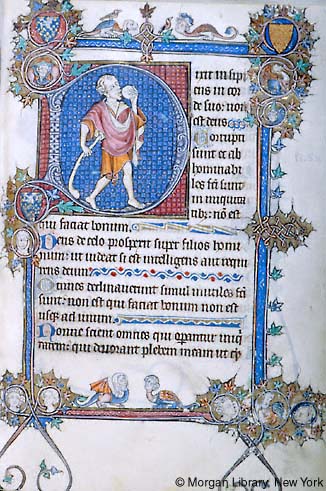 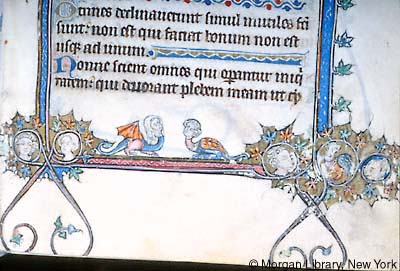 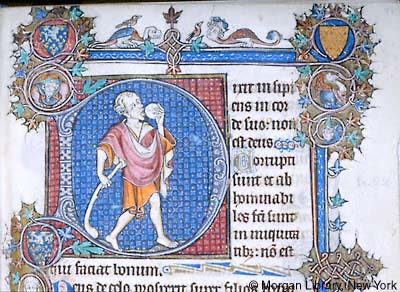 Psalm 053 (Vulg., 052) -- 1) In initial D decorated with geometric and foliate ornament and patterned background, a fool wears a tunic, holds a club in his right hand, and raises a cross-inscribed round loaf in his left hand toward his mouth.
2) Margins - Rectilinear bars decorated with interlace and foliage, enclosing three heraldic shields, including Moreuil (two), and heads of two women, one wearing a snood, the other wearing a veil, three men, including one wearing dunce hat?, and one in profile, a hybrid man with two bodies wearing a hat, two hybrid animals, and an animal head, and inhabited by two birds, two hybrid men, a winged hybrid woman wearing a veil, and a hybrid animal.