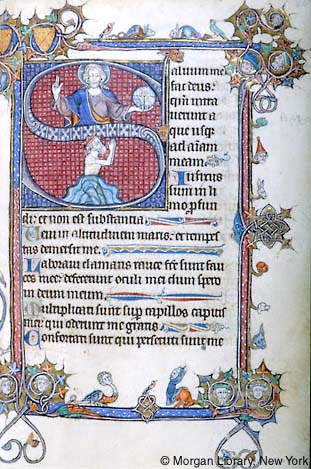 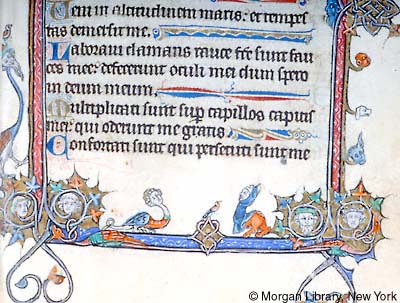 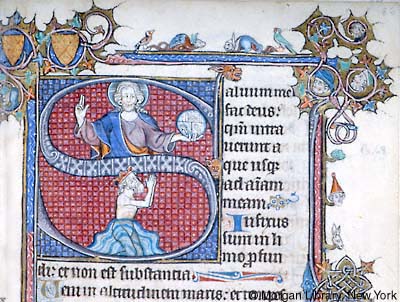 Psalm 069 (Vulg., 068) -- 1) In initial S decorated with geometric and foliate ornament and patterned background, a half-length figure of Christ-Logos, cross-nimbed, with His right hand raised and a tripartite globe showing cosmos (building, fish, and bird) in His left hand, appears above the nude, crowned David in water, praying with his joined hands raised in profile.
2) Margins - Rectilinear bars decorated with interlace and foliage, enclosing two heraldic shields, and heads of a woman wearing a snood, and five men, one tonsured, three wearing hats, and one crowned (?), and with head terminals of two men, one wearing dunce hat, an ass, a monkey, a dog, and a hybrid man with ass ears (in right margin), and inhabited by four birds, two hybrid animals, and three hybrid men, including one bearded and another hooded.