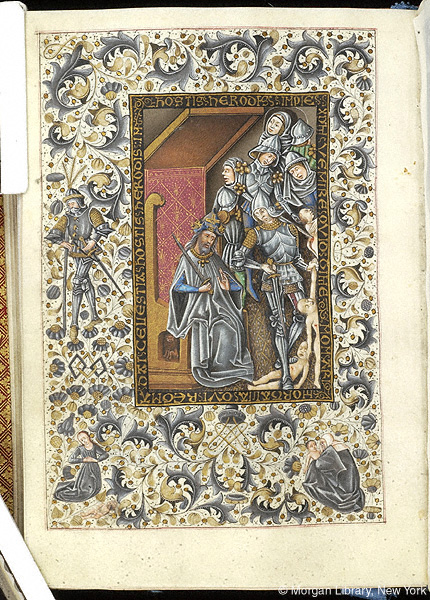 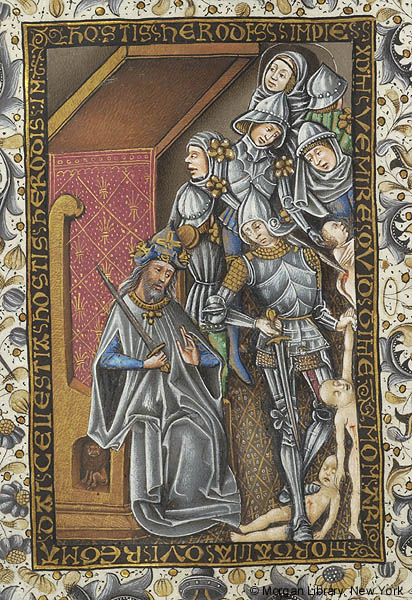 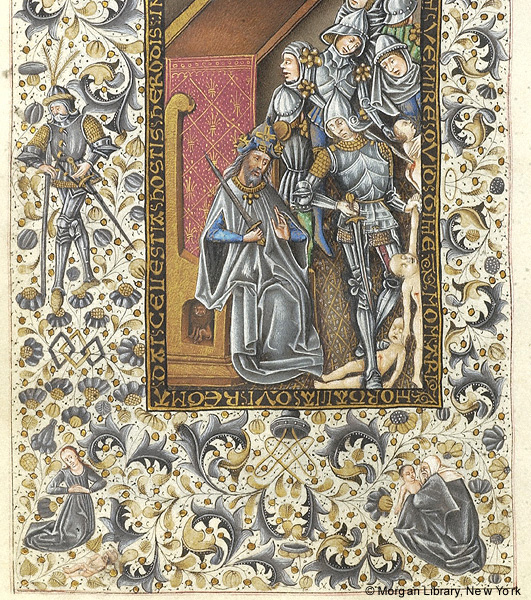 Innocents: Massacre -- Seated on canopied throne with carved lion in niche is Herod the Great, wearing crown, holding sword in right hand and with left hand raised. Before him are four soldiers, wearing helmets and armor, including one holding sword in right hand and in left hand arm of nude infant, bleeding from wound in side and treading on another nude infant bleeding from wound; another soldier stabs in back infant held by woman wearing headdress and wimple. Two more women, veiled, are amid soldiers.
Amid foliate ornament in margins are soldier, wearing helmet and armor, holding sword in right hand and with left hand on sword sheathed at his waist; woman, kneeling with hands clasped on abdomen before nude infant, laying on ground with his hands crossed on his abdomen; and woman, veiled, kneeling or seated, with her right hand holding her mantle to her face and her left hand holding limp infant (Mourning Mothers).
Miniature and ornament executed in grisaille and gold tones with color accents.