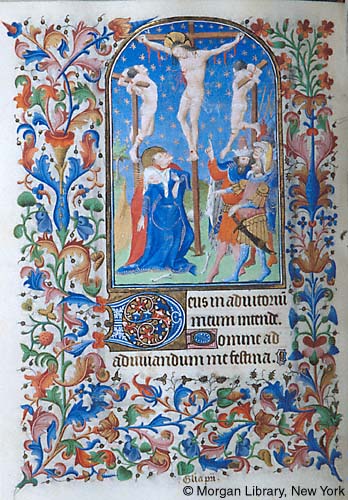 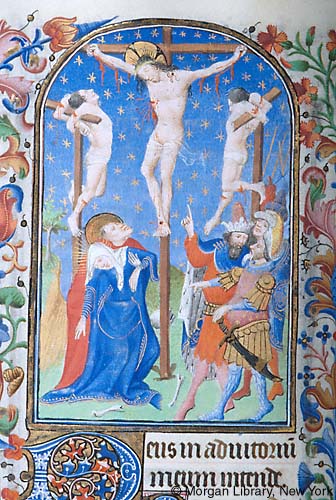 Christ: Crucifixion -- Christ, cross-nimbed, with crown of thorns, bleeding from wounds, is affixed with three nails to cross. He is flanked by two thieves, tied to tau-crosses with broken arms, each thief with wounds visible on broken legs and arms.
Below, at left, Evangelist John, nimbed, supports swooning, veiled Virgin Mary, rays as nimbus. At right, the Centurion, wearing pointed cap and ermine mantle, raises hand with pointed finger toward Christ and turns head toward soldier with sword in scabbard. Behind them are two men and group of soldiers wearing helmets and holding spears. Around base of the cross are scattered bones and skull. Scene with starred heaven.
Miniature and text framed by decorative border of foliate design.