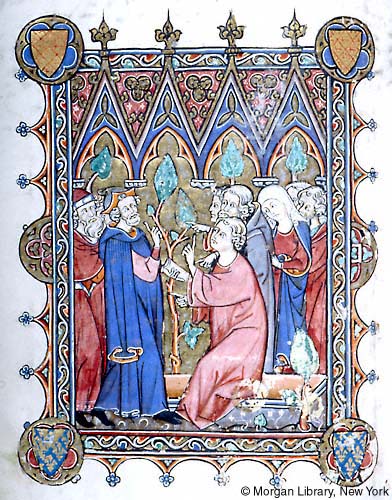 Christ: Miracle of healing Blind Born -- Three Jews wear hats; one holds a scroll in his left hand and raises his right hand before a youth with his eyes open, gesturing and stepping from pool of Siloam. Behind him are his father and veiled mother, and three men, including one gesturing. Christ is not represented. Two trees. Illustration of John 9:15-34. Scene within Gothic arcade and foliate frame decorated with cusps of foliate terminals, and four heraldic shields, including Moreuil (two), in four of six medallions (two as halves).