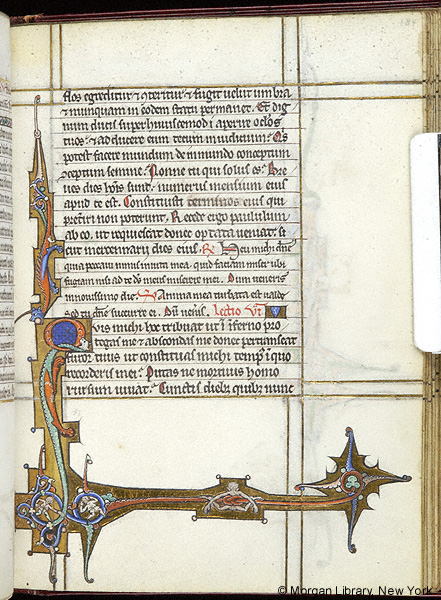 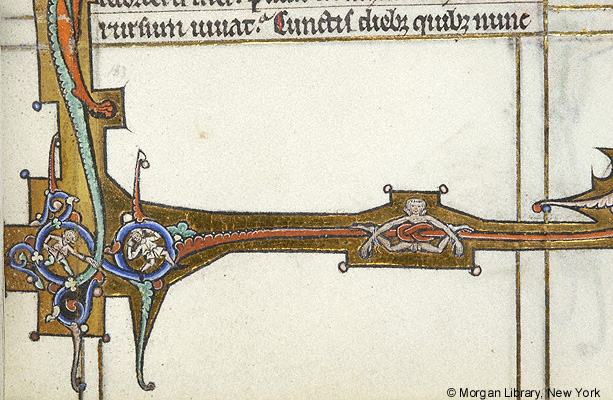 Initial Q decorated with diapered infilling and border extension formed by fantastic animal with round object in its jaws and with foliate tendrils, and adjoined by fantastic animal with tail of foliate tendrils, enclosing two men dancing, one wearing cap, raising hands pointing to his head and looking back at the other, and issuing horizontal foliate extension on which is nude male acrobat showing his genitals.
Line ending: escutcheon of azure, a lion rampant argent.
Line endings: geometric and foliate ornament.
Text page of Sixth Lesson of Second Nocturn in Matins of Office of the Dead.