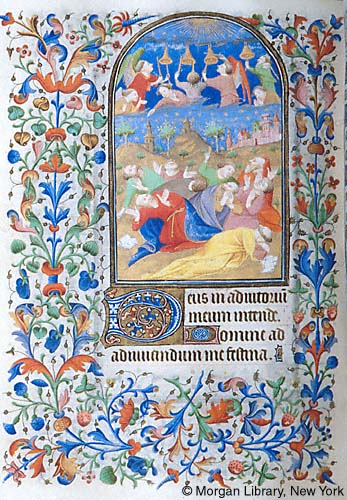 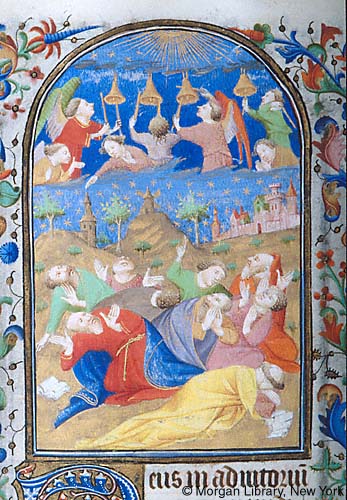 Pentecost, Men confounded -- Appearing in clouds below sun, four angels, two of which are wingless, strike four bells with hammers. A fifth angel, winged, gestures towards two other angels interacting with figures below. One angel bends over and points down; the other angel, bending over, cups hands around mouth.
Below, nine figures fall to ground, some raising hands. One points upward toward angels. One figure, tonsured, head down, looks at unfolded document on ground. To left of figures, opened book lies on ground. Scene set in landscape with buildings, including windmill and castle, seen in the distance.
Miniature and text framed by decorative border of foliate design.