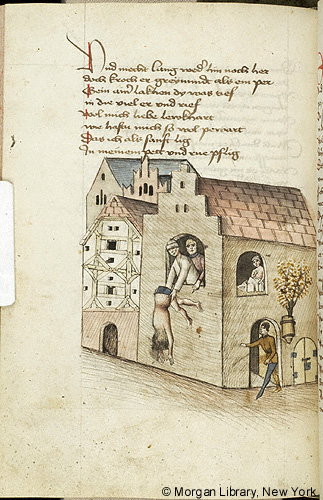 Der Renner: Scene, about Drunkenness -- Two men, both wearing caps, stand in arched second-story window. One man holds another man, partially clothed, out the window by the legs. In window on the other side of the building is woman (?), wearing kerchief, partially draped in sheet. Below, by door, is man, wearing cap, gesturing. Tree grows in planter on side of the building. Scene in cityscape, with other buildings, including one half-timbered structure.