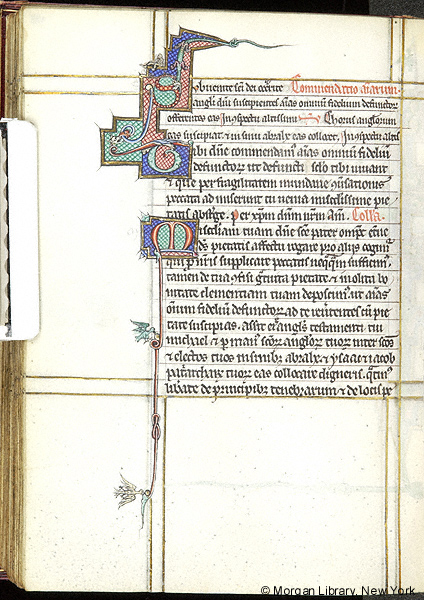 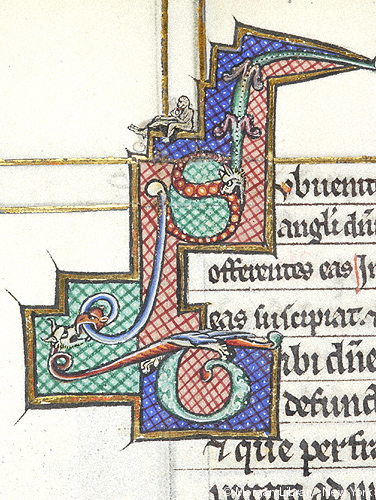 Initial S adjoined by fantastic animal and diapered field on which sits monkey with object raised to mouth, at beginning of First Response in Commendation of the Soul.
Initial T decorated with diapered field and with its horizontal bar formed by fantastic animal.
Initial M decorated with foliate ornament and with descender of knotted foliate stem toward which two birds fly, in left margin.
No line endings.
Text page of the First Response and two Collects in Commendation of the Soul.