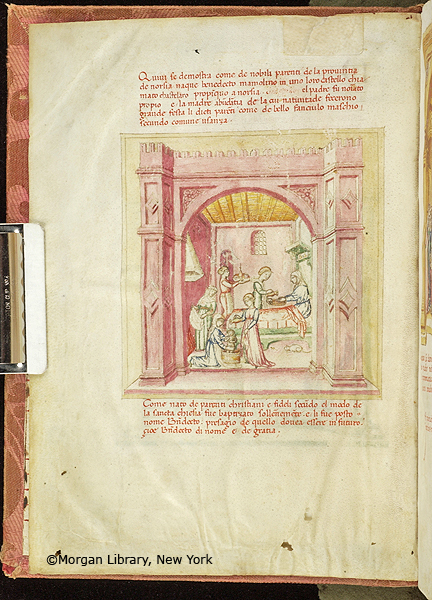 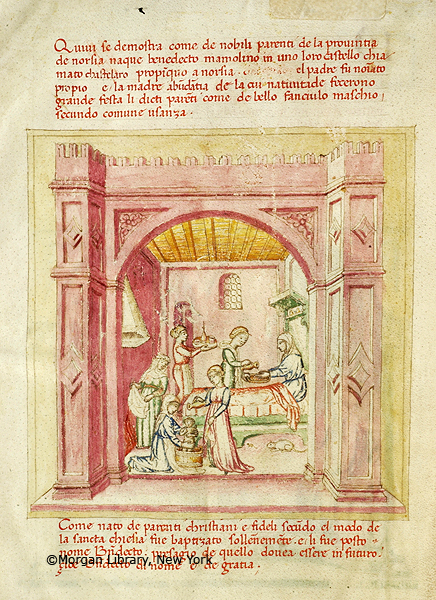 Benedict of Montecassino: Scene, Birth -- Among three midwives, two wearing wimpled veils, one holds cloth, and the second holds cloth in left hand and with pitcher in right hand pours over head of infant Benedict of Montecassino, nude, supported by hands of third midwife, he is partly submerged in basin (bathing). In background, one of two maidservants, wearing snood, holds tray laden with dish, pitcher and cup, and the other with cloth draped around her neck, pours from pitcher above basin held in her left hand and hands of mother of Benedict, veiled, seated in canopied bed; below, cat pursues mouse. Scene in bedroom with fireplace at left, arched window and wooden ceiling. Miniature within architectural frame for Introduction of Book II of Dialogues.