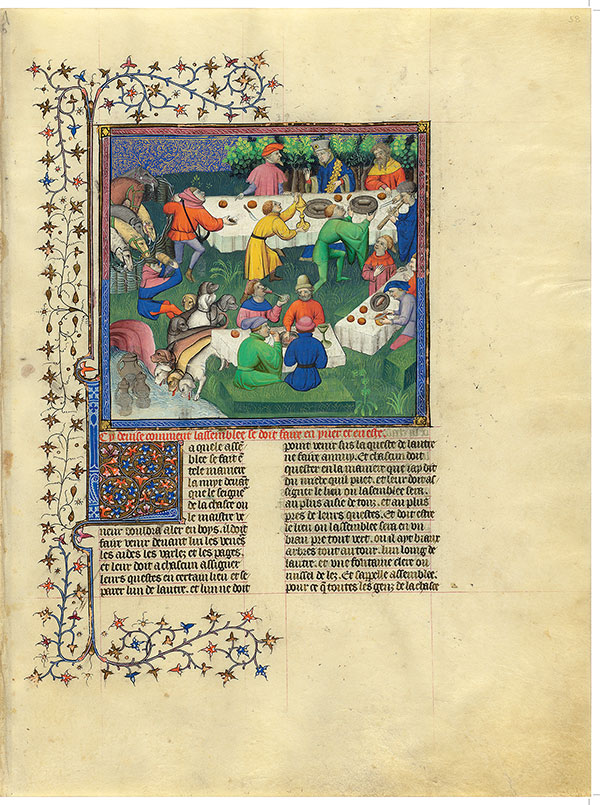 Scene, Secular: Banquet -- Lord or master of the hunt, wearing hat and fur lined garment sits behind draped table, flanked by two men, one wearing hat. Two of them look toward, and the third indicates man at left, wearing hood and extending right hand holding object. On table are loaves (?), plates and knives. Before table two servants place on table covered cup, and plate on which is food. At right man plays recorder. Men sit on turf benches at two other draped tables on which are loaves, plates with food, and footed cup. One of the men drinks from footed cup, another eats, one reaches for food, and another cuts loaf with knife. At left six horses are in pen with wattle fence, two horses possibly chewing fence; next to fence, man wearing hood sits and drinks from small cask. Beside him sit five dogs; behind them four dogs drink from stream in which are three covered pitchers.
Scene in grassy landscape with trees against decorated background.
Ornament of rinceaux in margins.