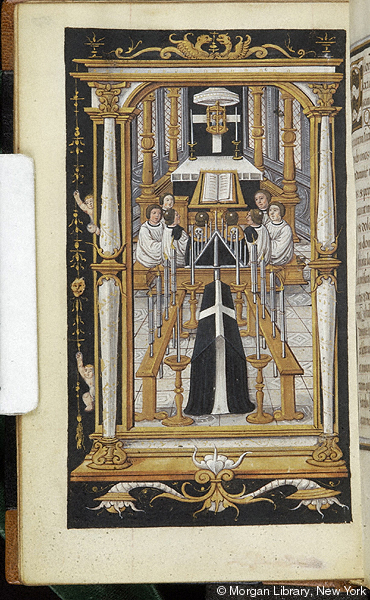 Scene, Liturgical: Obsequies -- Before draped altar on which are two candlesticks, and above which are lantern (?) and canopy, all surrounded by rail, is lectern on which is open book. Before lectern, seated on three benches, are eight clerics, six with visible tonsures, two wearing vestments with skull on back. In foreground is bier draped with cross inscribed pall, with candlestick at each corner, candelabra at head, all flanked by two rails into which candles are inserted.
Miniature of grisaille and gold with painted accents, within Italianate architectural frame, decorated with puttis hanging from vines.