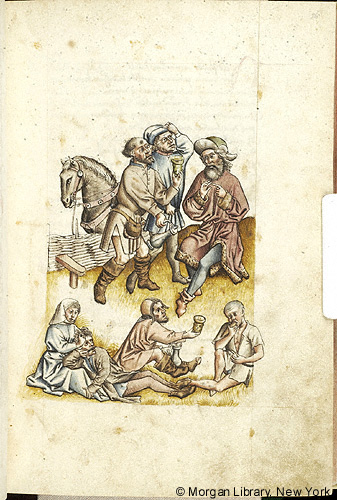 Der Renner: Scene, about Drunkenness -- Two men, one wearing hat, with left hand raised to his head, and the other, with purse at waist, holding cup and flask, gesture to man, seated, wearing hat, gesturing. Behind them is horse tethered behind low wattle wall. In foreground, are man, reclining with his head in the lap of veiled woman, and two other men, both seated, including one wearing cap, holding flask in left hand and offering cup with right hand toward other man, eating food (?) held in right hand.