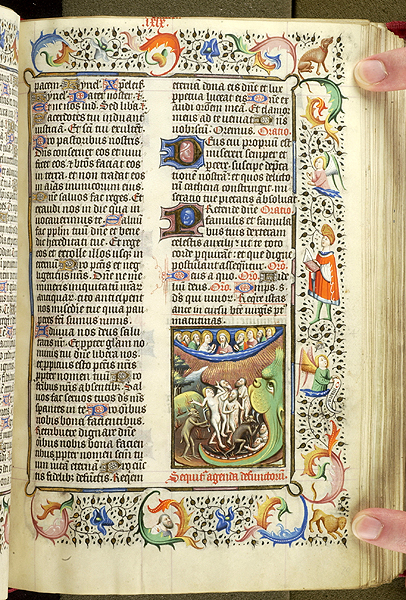 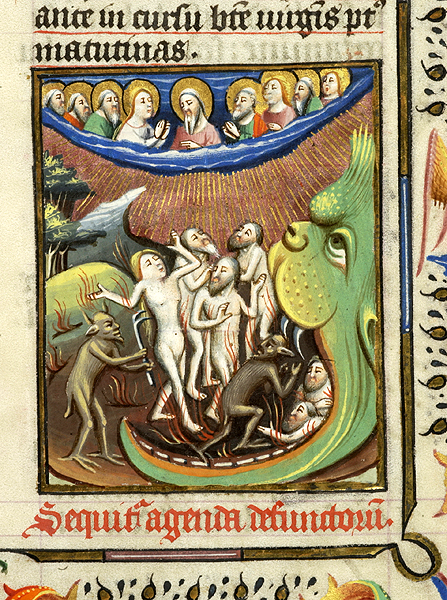 Christ: Last Judgment -- Christ, raising right hand in blessing, flanked by two groups of four men and women, two with joined hands raised, all nimbed, all as busts enclosed in cloudy arc of heaven, emitting rays; Below, among six nude souls amid flames, two with only heads visible in jaws of Hell Mouth, one woman, with both hands raised, is prodded with forked instrument held by one of two horned devils, both with claw feet. Illustration of 1st Vespers for the Office of the Dead. Initials D and P enclosing heads of men, one wearing hat the other wearing cap, for first and second Collects after Litany. Margins decorated on three sides with scrolling floreate and foliate decoration inhabited by half figures of two angels, one gesturing, and one holding scroll inscribed MARIA, both emerging from clouds (upper right); collared dog (upper right); lion (lower right); and bust of bearded man amid foliage (lower).