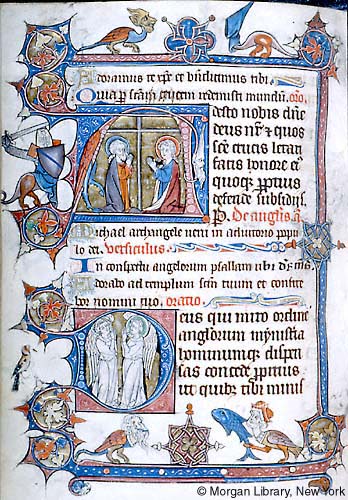 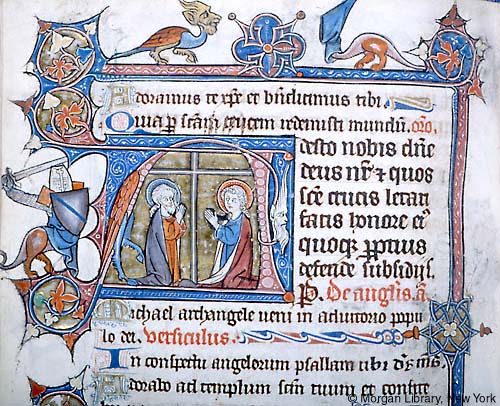 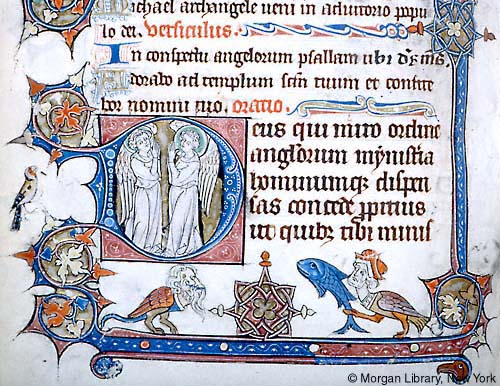 1) Cross: Adoration -- In initial A decorated with foliate and geometric ornament and foliate spandrels, and formed by a hybrid man, two nimbed male saints kneel in prayer with joined hands raised toward the cross in the center.
2) In initial D decorated with foliate and geometric ornament, and foliate spandrels, two nimbed angels with joined hands raised face each other.
3) Margins - Rectilinear bars decorated with interlace and foliage, and inhabited by a hybrid soldier wearing a visor, ailettes, and chain mail, and holding a sword and shield decorated with heraldry, a bird, a hooded hybrid, and three hybrid men, including one wearing hat and holding fish.