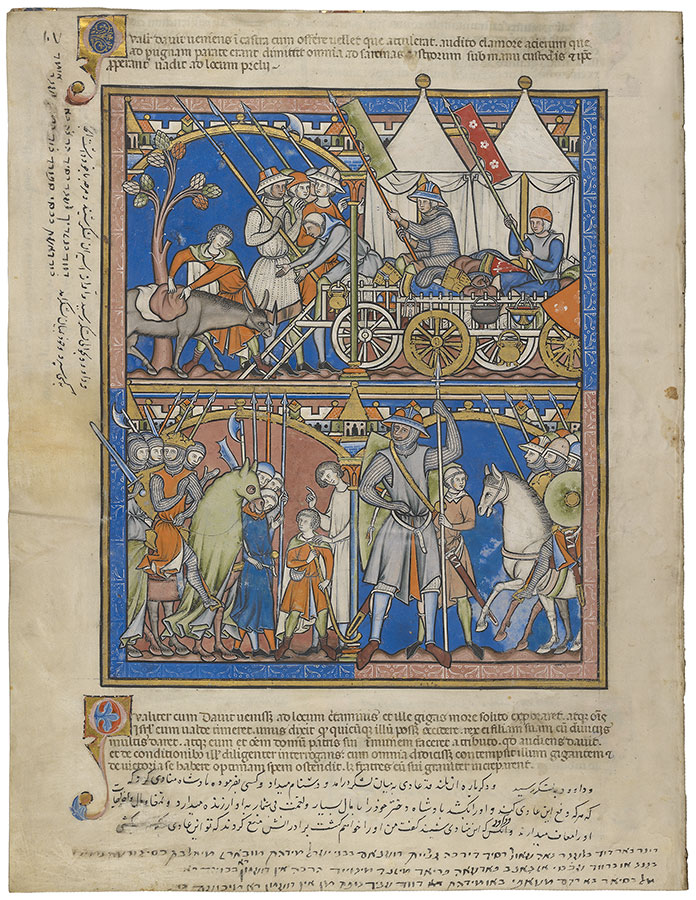 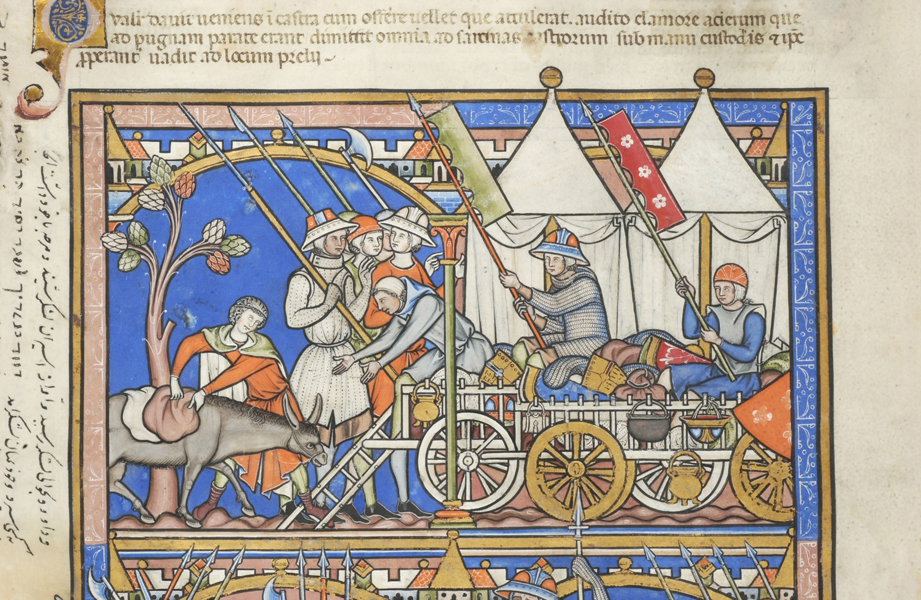 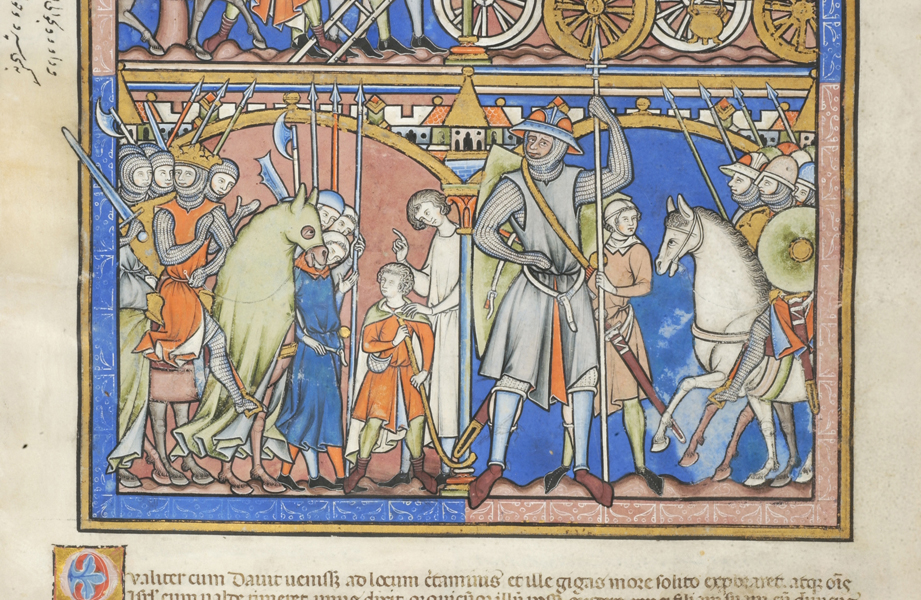 Zone 1:
David: meeting Brethren -- David removes sack from back of ass before tree. Five soldiers, in mail, armed with spears and axe, stand behind ladder against wagon laden with kettles, armor, and sacks on which sit three men, two holding bannered spears and on which is shield decorated with heraldry (rosettes). Tents in background. Illustration of I Samuel 17:22.
Zone 2:
David: offering to fight Goliath -- Saul , crowned, in mail, mounted on caparisoned horse, is attended by five soldiers in mail, armed with swords, shields, lances, and axe, some mounted. They follow three men armed with notched falchion, axe, and spears, encountering David, with scrip (burse or wallet) at waist, holding pedum, presented by brother with his right hand on David's shoulder.
Goliath, in mail, wearing broad helmet, with scabbard at waist and shield slung on his back, leans on spear, beside armorbearer, wearing cap, with sword at waist. He looks toward mounted Philistines, in mail, armed with lances and shield. Illustration of I Samuel 17:32,33.
Scenes with architectural frames.