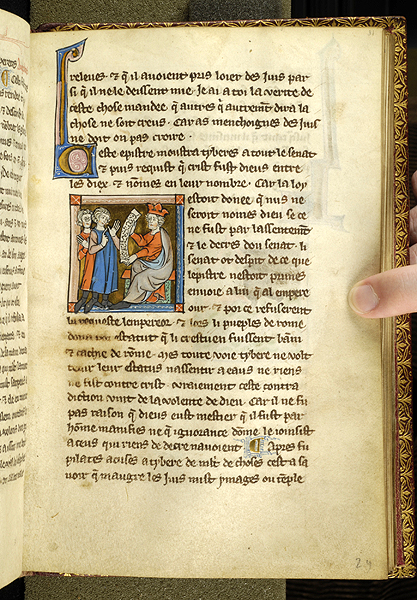 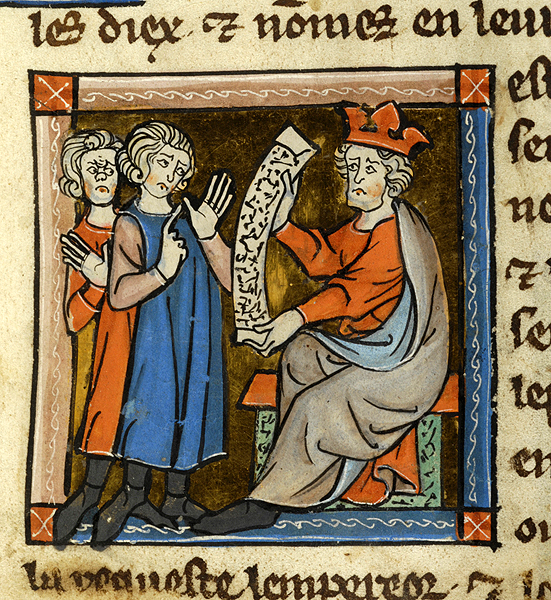 Tiberius I: Scene, showing Letter to Senate --Of two men standing at right, one raising right hand, the foremost gestures with both hands and looks toward scroll with pseudo-inscription, held by both hands of Tiberius, crowned, seated on bench.
Scene against gold background within pink and blue frame decorated with white ornament.
Miniature inserted near text relating to letter requesting that Christ be named a god during the reign of Tiberius I as Emperor of Rome.