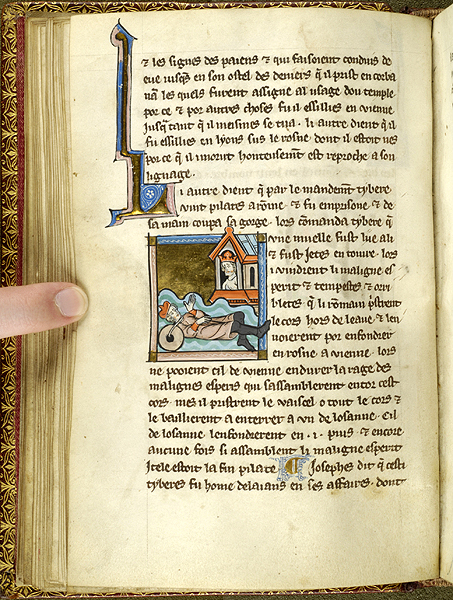 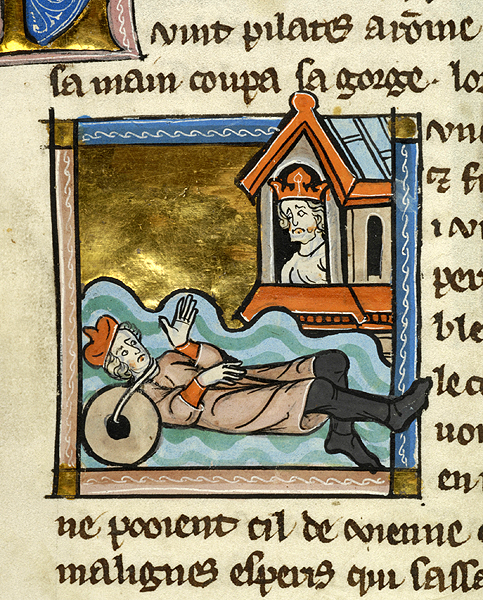 Pilate: Scene, Corpse in Tiber --Body of Pilate, wearing hat, left hand raised, with millstone tied around neck, floats in water. Tiberius, crowned, looks on through window of building at right.
Scene against gold background within pink and blue frame decorated with white ornament.
Miniature inserted next to text relating to death of Pilate and disposal of his body during the reign of Tiberius I as emperor.