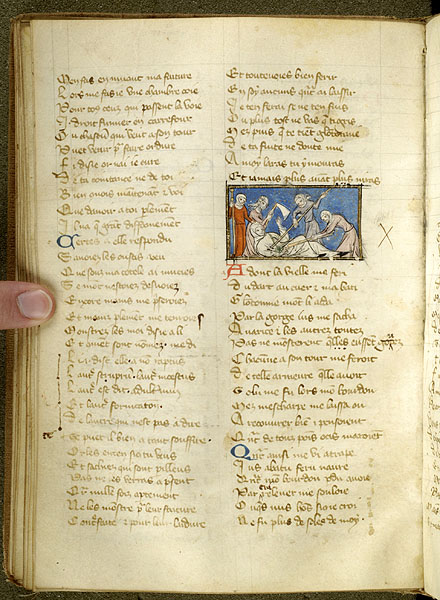 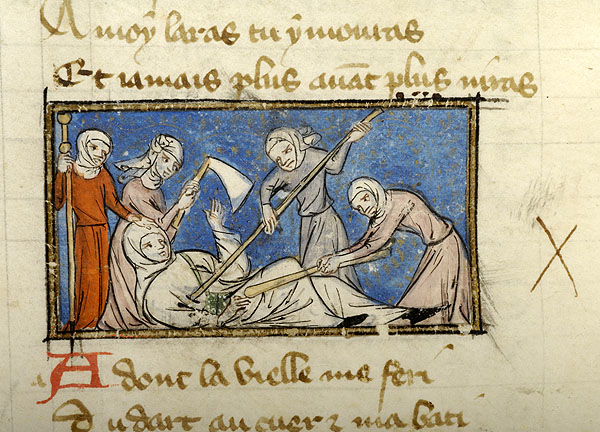 Pèlerinage: Scene, Pilgrim overcome by Vices -- Pilgrim (Guillaume de Deguileville), wearing monk's habit and hood, reclines on ground. He is surrounded by four personifications of vices, including one wearing hood and holding the Pilgrim's staff in her right hand and touching the Pilgrims head with her left hand. Another, possibly sloth, wears wimple headdress and raises axe. Third, wearing headdress, holds in both hands spear with which she transfixes the Pilgrim. Fourth beats the Pilgrim with stick.