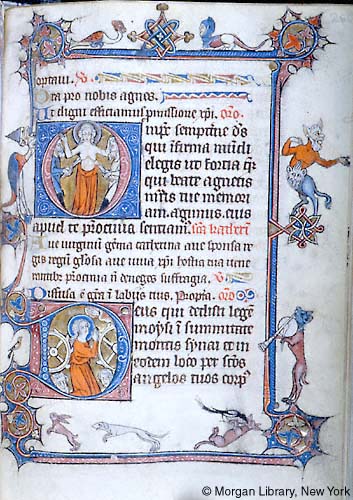 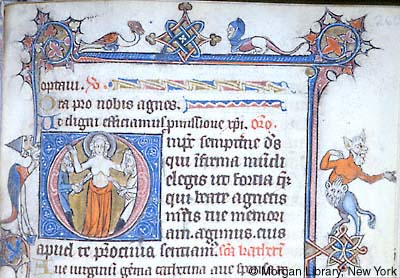 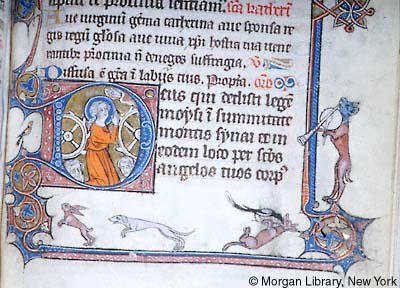 1) Agatha of Catania: Scene, Torture (error) -- In initial O decorated with geometric ornament and foliate spandrels, two torturers raise pincers to the breast nipples of Agatha of Catania, nimbed, as half nude, with her arms raised.
2) Catherine of Alexandria: Scene, Torture -- In initial D decorated with geometric ornament and foliate spandrels, Catherine of Alexandria, nimbed, kneels with her joined hands raised in prayer, between two spiked wheels above heads of two torturers; the Hand of God appears above.
3) Margins - Rectilinear bars decorated with interlace and foliage, and inhabited by a hybrid animal confronting a hooded hybrid man, a bird, a hybrid devil dancing, a dog as musician, playing pipe and tabor, a cock in jaws of a fox lying on its back, and a dog pursuing a rabbit.